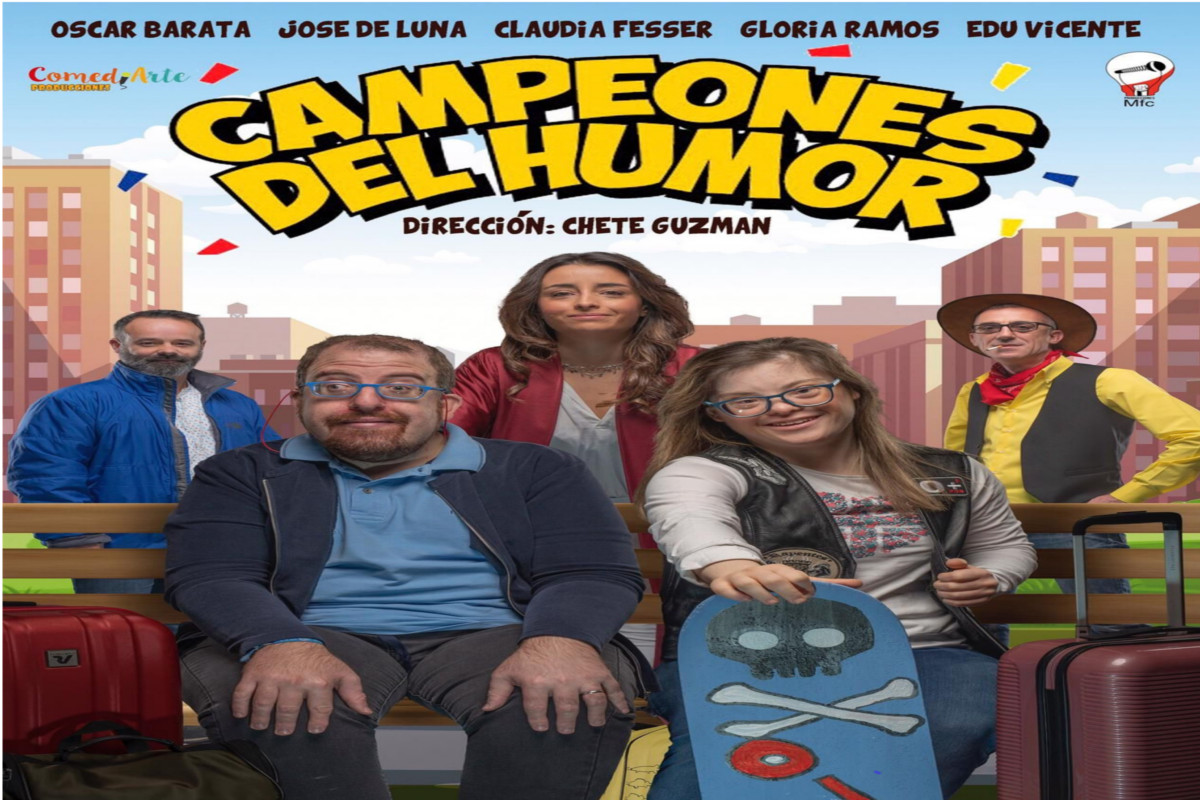 We present a show full of laughter and good vibes CHAMPIONS mood, with two of the protagonists of the hit film CHAMPIONS.
Josete and Gloria are two friends who met on the set of the film Champions. Following the success of the film they decide to move forward in his life , he lives in a rented apartment.
So begins the Champions Humor, a hilarious comedy theater consisting of two acts. The first act deals with the problems as they have many young people with disabilities who want to become independent family and economically. It is a clear commitment to inclusion. A monologuista acting in bars to pull out "a sties" and failed film director complete the cast Champions humor.
In the second act we enter fully into the filming of the TV show . For this stage it will be transformed into a giant television studio where our Champions humor, along with other participants, will hold a public hearing with the jury theater. Champions humor is a theatrical comedy for all audiences, especially recommended for the whole family. Parents, children and grandparents can come and spend a fun, educational evening in values and respect for others. Humor champions commitment to full social inclusion of people with intellectual disabilities as full citizens in a fair and caring society.
Advance: 15 €
Box office: 18 €
Sale:www.teatrocircoapoloelagar.es, Wednesday 6 to 8 h. at the box office, at post offices and from two hours before the start of the show