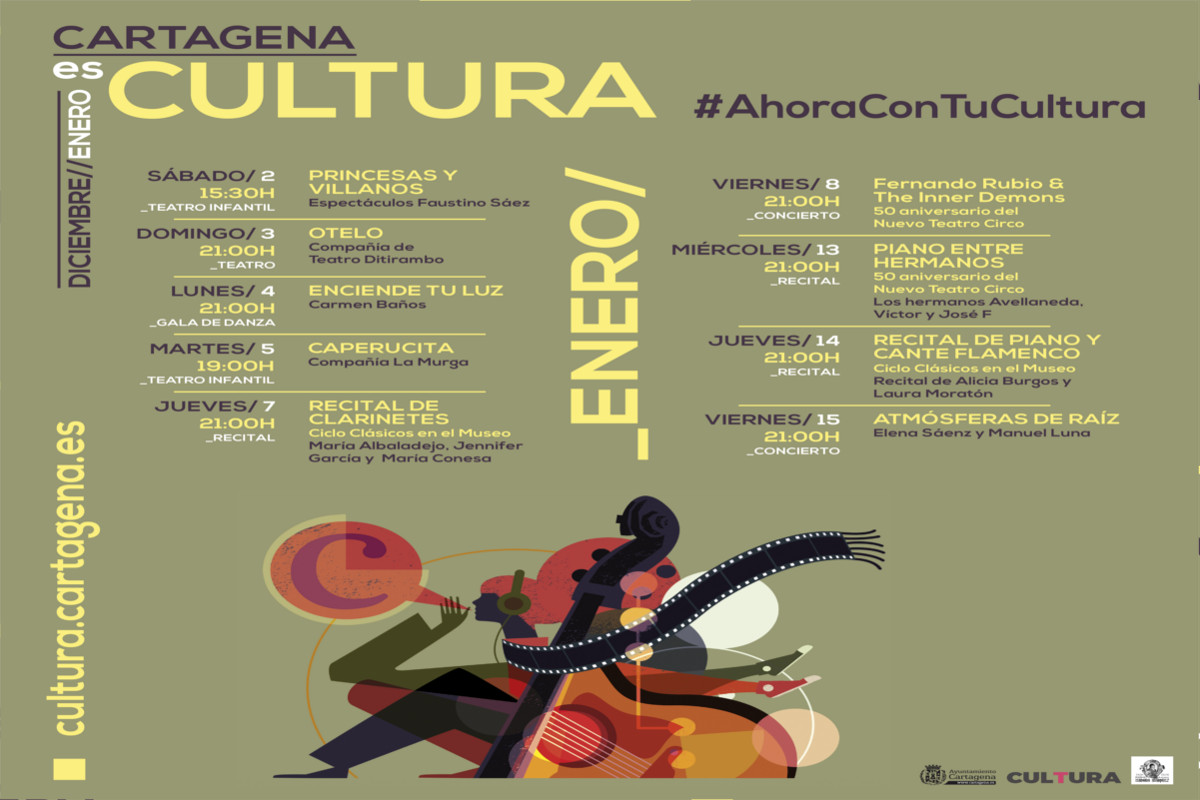 The broadcasts will be made simultaneously by the Telecartagena television channel and by the municipal YouTube channel . More than 90% of the performances are made up of local artists, responding to this commitment of municipal support to the local cultural sector.

SATURDAY 2. 3:30 PM: FAUSTINO SAEZ SHOWS . CHILDREN'S THEATER. "Princesses and Villains" The Funny Story of Good and Evil An original family musical show which is created to fight against BULLYING or bullying. Various characters in the stories, both on the side of good and evil, will teach through moments, songs and scenes the importance of love and friendship.

SUNDAY 3. 9 PM: DITIRAMBO THEATER COMPANY . Teatro “OTELO” Ditirambo stages the version that Máiquez interpreted of 'Otelo' was on stage for more than forty years and elevated the actor to stardom. On the occasion of the Bicentennial this year of the Death of Isidoro Máiquez (Cartagena 1768 - Granada, March 18, 1820).

MONDAY 4.21PM: DANCE GALA. CARMEN BAÑOS. ' Turn on your light' , directed by Carmen Baños, is a show of different styles of dance, composed of the Light that each artist and dancer who will shine with all their passion and art. The show narrates the Christmas that a child lives, through a dream .

FRIDAY 8. 9PM: FERNANDO RUBIO & THE INNER DEMONS. Concert that is part of the special program for the 50th anniversary of the Teatro Circo . Fernando Rubio is one of the fireproof of the Murcian rock scene.

WEDNESDAY 13. 21 H: THE BROTHERS AVELLANEDA, VICTOR AND JOSEPH F . Recital 'Piano between brothers' . The performance is part of the programming for the 50th anniversary of the Nuevo Teatro Circo. The Avellanedas transport us to a parenthesis in time in which we can enjoy the piano performance of pieces by great musicians in history, such as Beethoven, Liszt, Chopin or Debussy, who will make us forget our daily problems and enter a world reflective and imaginative that give off the sounds of each of its musical notes.