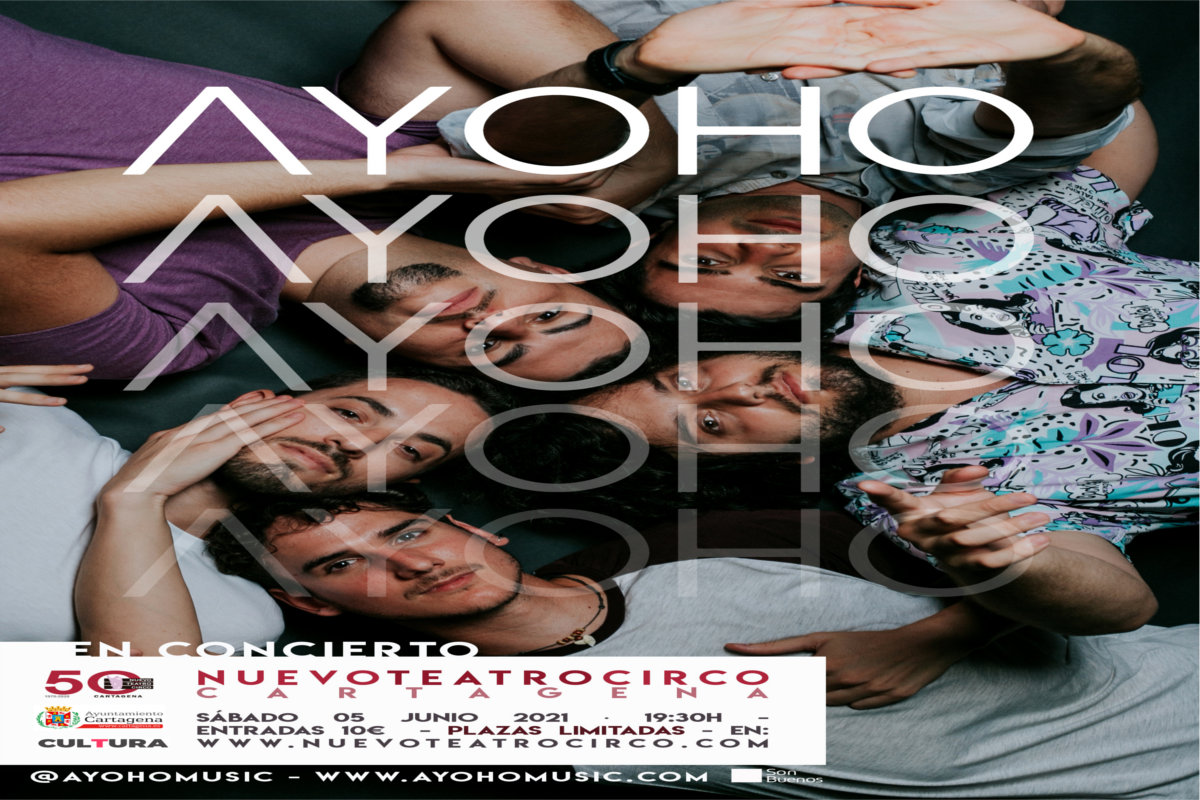 The Cartagena band Ayoho presents at the Nuevo Teatro Circo a preview of the songs from their new album, «Mar de Cristal». They will perform on Saturday, June 5, at 7:30 p.m. The concert is part of the special program for the theater's 50th anniversary, which hosts performances of the 'Cartagena is Culture project, prepared by the Department of Culture of the Cartagena City Council.

Ayoho has become one of the most promising groups on the national scene. The winners of the second edition of the Vodafone Yu Music Talent will present a preview of their new album "Mar de Cristal" on the stage of the theater. The band was born in mid-2014 in a basement as an acoustic project characterized by the simplicity of three young boys who met in high school, and who one day decided to record their first song “Blank Walls”. Later came the recording of his first studio album "Deference & Wonder", with which Ayoho began a series of concerts supporting renowned artists.

Currently they are publishing a series of songs with the Son Buenos label, produced, recorded and mixed by Lalo Gómez-Vizcaíno Ruiz, producer and guitarist of Ayoho, in which a marked evolution is seen, either towards epic overtones, or to the “Millennial ”By The 1975, or towards more urban sounds in the vein of Post Malone, as with“ Plug ”, with slow rhythms where vocal lines and electronics take on great prominence.