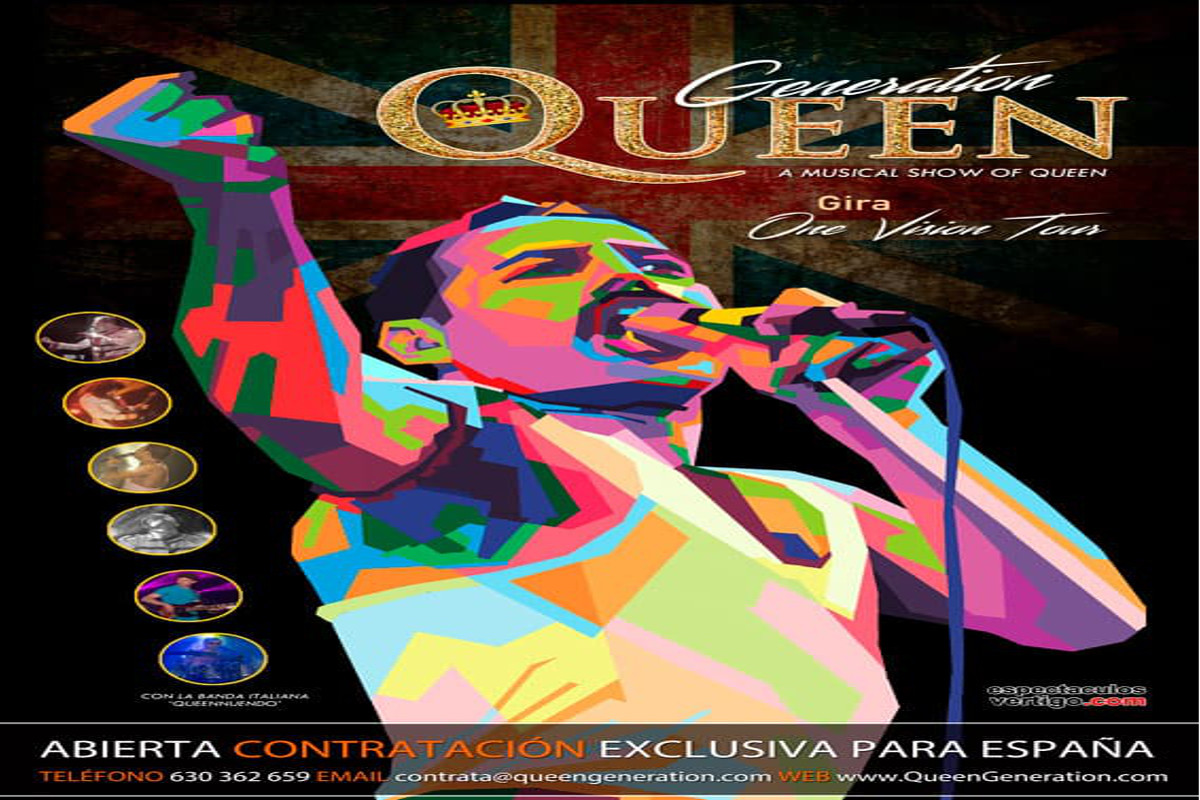 Certainly  Queen Generation  comes from Italy to surprise with a particular way of understanding the concept of the mythical band. In reality, it is an  international show  that reflects what Queen  concerts were like  on stage.

What's more, in each of his performances, we can see as  the best Freddie Mercury double that has  currently existed for his best audience. Indeed, he is shown  singing live  and sitting at the piano, interpreting the mythical themes that the artist made on the piano and voice. That's where the magic repeats. And of course, supported by the rest of his legendary band.

Because video projections are great. The costume changes are also very successful. And the great performance of this band, give  Queen Generation  all the necessary emotion. It's like seeing an aesthetic and musical replica of the concerts that the immortal  Freddie Mercury led  with the legendary  Queen .

Thus,  Queen Generation , it becomes an  international show of 2 hours , going over all  the hits  of  Queen , with the best music in live.