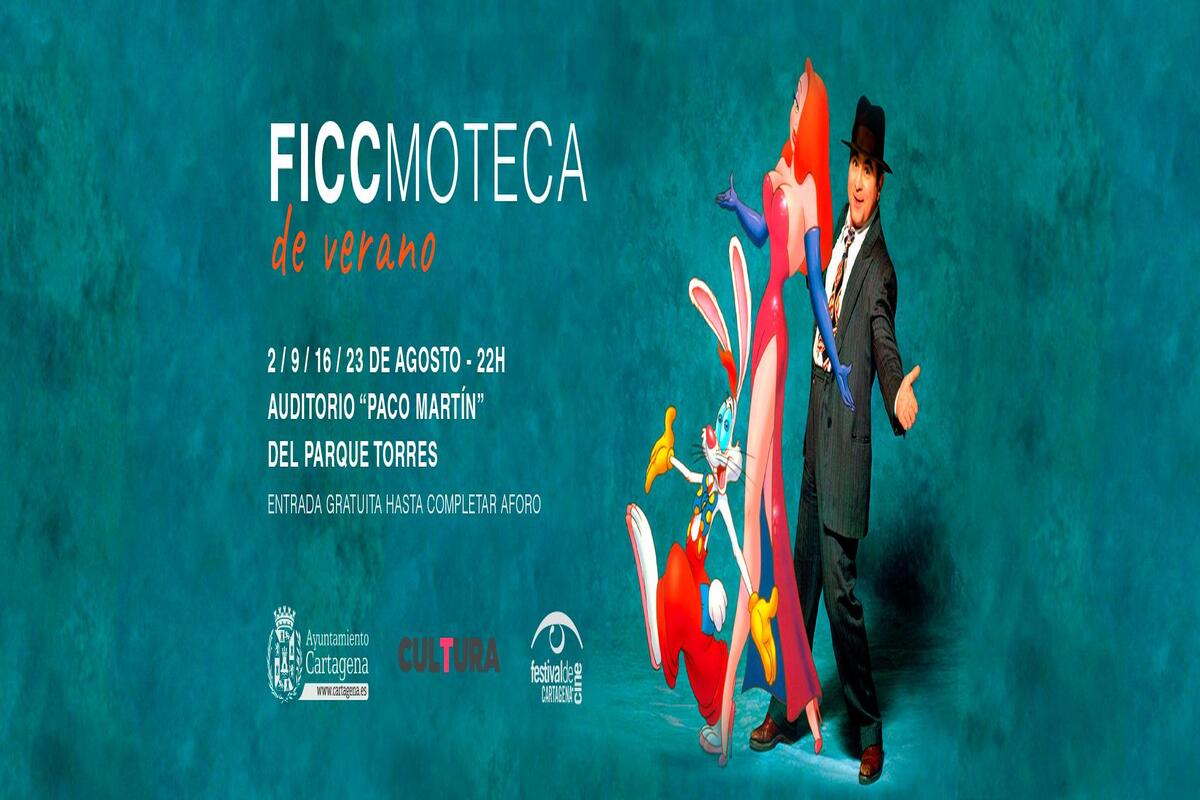 III EDITION OF THE SUMMER FICCMOTECA IN PARQUE TORRES. AT 10:00 p.m. EVERY TUESDAY IN AUGUST . FREE ENTRY UNTIL FULL CAPACITY
The Department of Culture in collaboration with the FICC festival has designed a film program for the whole family  designed to enjoy on the big screen and in the open air, the greatest hits of the eighties that are already considered classics.

Hollywood, 1947. Eddie Valiant, a small-time detective, has been hired to find evidence that Marvin Acme, joke-goods tycoon and owner of Toontown, is stalking Jessica Rabitt, femme fatale and superstar's wife. Roger Rabbit. Doctors Venkmen, Stantz and Spengler, experts in parapsychology, are out of work, and decide to found the company "The Ghostbusters", dedicated to cleaning New York of ectoplasm. The sudden increase in spectral apparitions in the city will herald the arrival of a dangerous and powerful demon. Long ago, when majestic fire-breathing beings soared high above the skies, there lived a knight who was to come face to face, and with an open heart, the most extraordinary creature that ever lived. Alan Parrish the son of a wealthy shoe industry tycoon. On one of his daily visits to his father's factory, Alan discovers a board game called Jumanji in a construction zone on the drive from his house. A magical game that will take you to the jungle until another player rolls a 5 or 8.