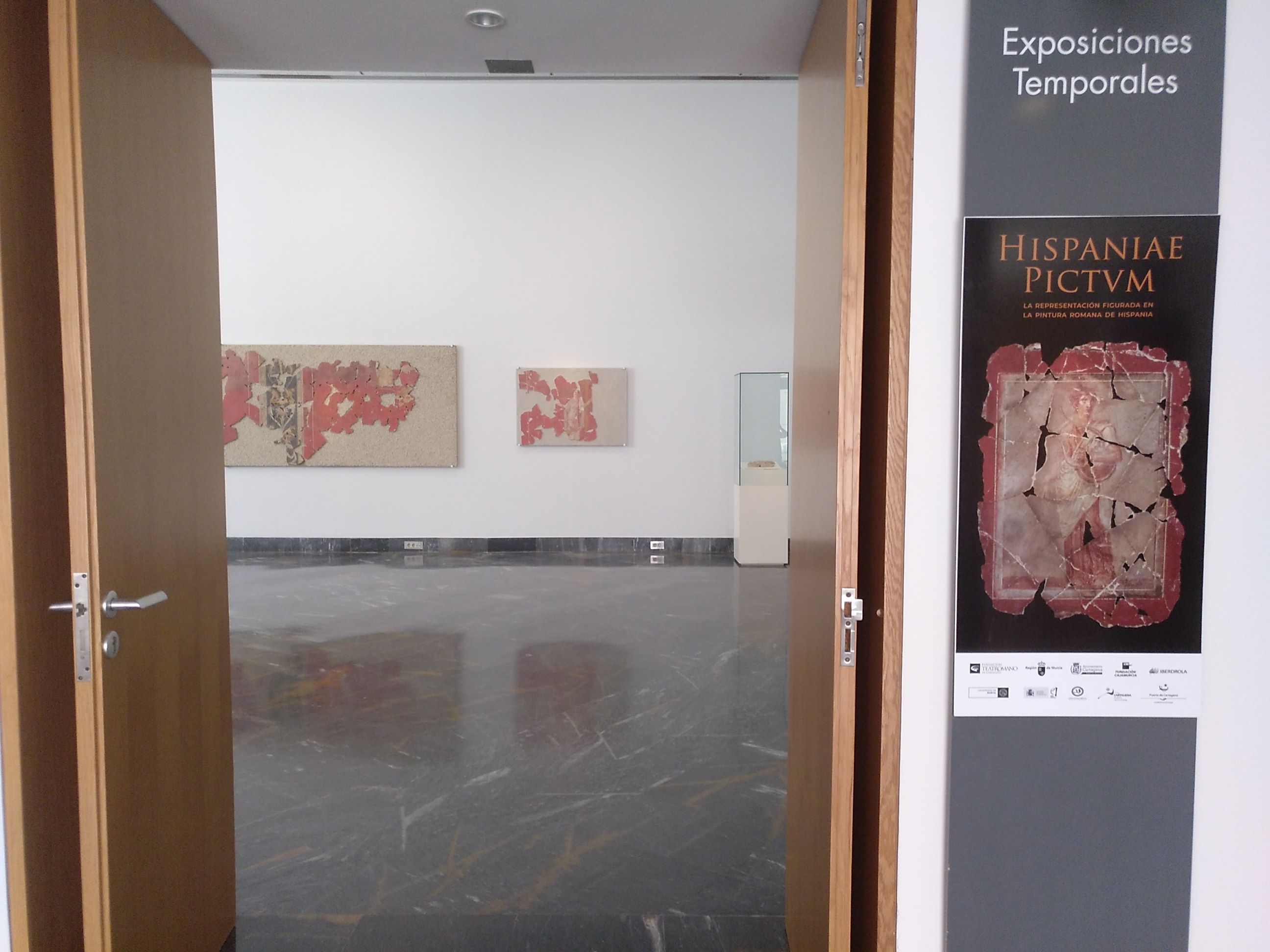 HISPANIC IMAGE. The figurative representation in the Roman painting of Hispania

The exhibition is motivated by the fact that Cartagena has been chosen as the venue for the XV International Congress of the Association Internationale pour la Peinture Murale Antique (AIPMA). The event will bring together experts from around the world to discuss and update the techniques and processes of execution, conservation and enhancement of the Antique Mural Painting.

This event, which will be held in Cartagena from September 12 to 16, will be accompanied by the exhibition Hispania Pictum, which brings together for the first time the theme of figurative representations in Roman painting in Hispania, and with it the general public is transferred to the research work and knowledge beyond the dates of the Congress.

The exhibition immerses us in the decorative arts used in the ornamentation of public and private spaces. Since the discovery of the cities of Pompeii and Herculaneum in the eighteenth century, their study has allowed us to deepen our knowledge, providing information about their chronology, their production or execution process, their meaning or even the socio-cultural aspiration and purchasing power of those who owned them. Thus, today it constitutes a material source of great importance through which to recognize the tastes, fashions and beliefs of Roman society and to trace its evolution from the Republic to the end of the Empire.

This exhibition, curated by mural painting expert Alicia Fernández Díaz, brings together some of the most significant pieces of figurative representation in Roman painting in Hispania from both public spaces, such as the Roman Theater of Cartagena itself, and private spaces, domus and villae, places of residence of the wealthy class. Representations of divinities, heroes, scenes of daily life, allegories or fantastic animals decorated the rooms in order to convey an idea and create a unique atmosphere in each space.

The exhibition is accompanied by an audiovisual presentation on "Mural painting in Hispania from excavation to enhancement", and invites visitors to continue the tour with a visit to the magnificent pictorial collections preserved in Cartagena in the domus de la Fortuna, the Museum of the Roman Forum and the Municipal Archaeological Museum.

This exhibition has been made possible thanks to the cooperation of various institutions, from the Department of Archaeological Heritage of the City of Cartagena, the Directorate General of Cultural Heritage of the Ministry of Presidency, Tourism, Culture and Sports of the Autonomous Community of the Region of Murcia, the Roman Theatre Foundation of Cartagena, the University of Murcia, the Cajamurcia Foundation, the Port Authority of Cartagena and the Iberdrola Foundation.