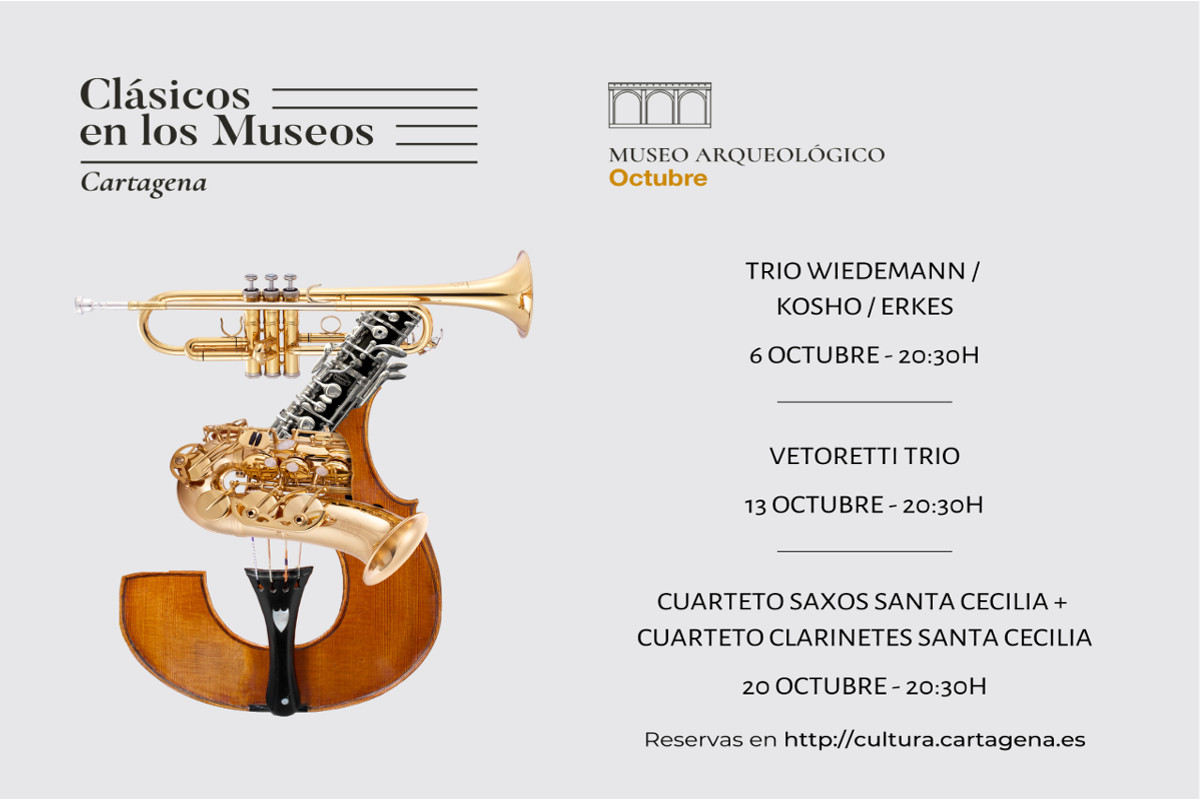 CLASSICS IN MUSEUMS: Musical program organized by the Department of Culture

The Department of Culture adds to its cultural program the cycle "Classics in the museums", a program designed to musically rethink the museums of Cartagena that begins in the Municipal Archives on September 8, 15 and 16 . By prior reservation
The program of Classics in the museums includes an extensive cycle of concerts, ranging from classical music to flamenco, through jazz, blues, soul or pop, which begins this September and will last until December, taking place in the different museums in the city, such as the "Enrique Escudero de Castro" Municipal Archaeological Museum, the Municipal Archives, the Roman Theater Museum and the Museum of Contemporary Art of the Region of Murcia (MURAM).
Both national and international artists are featured for these concerts. Among the national artists we can see Claudi Arimany, the Cartagena Youth Symphony Orchestra, or the Aventis Quintet, among others. As for international artists, the Lanzin Trio, Augustin Wiedemann, Luca Torrigiani, or Luigi Santo, among many others, will be with us.
IMPORTANT: Due to the lack of attendance of numerous people without prior notice on repeated occasions, reservations will not be valid until confirmation of their attendance is obtained by telephone or by mail. If there is no effective confirmation, the place will be released in favor of another person who appears on the waiting list.

SCHEDULE OF CONCERTS AND LOCATIONS: