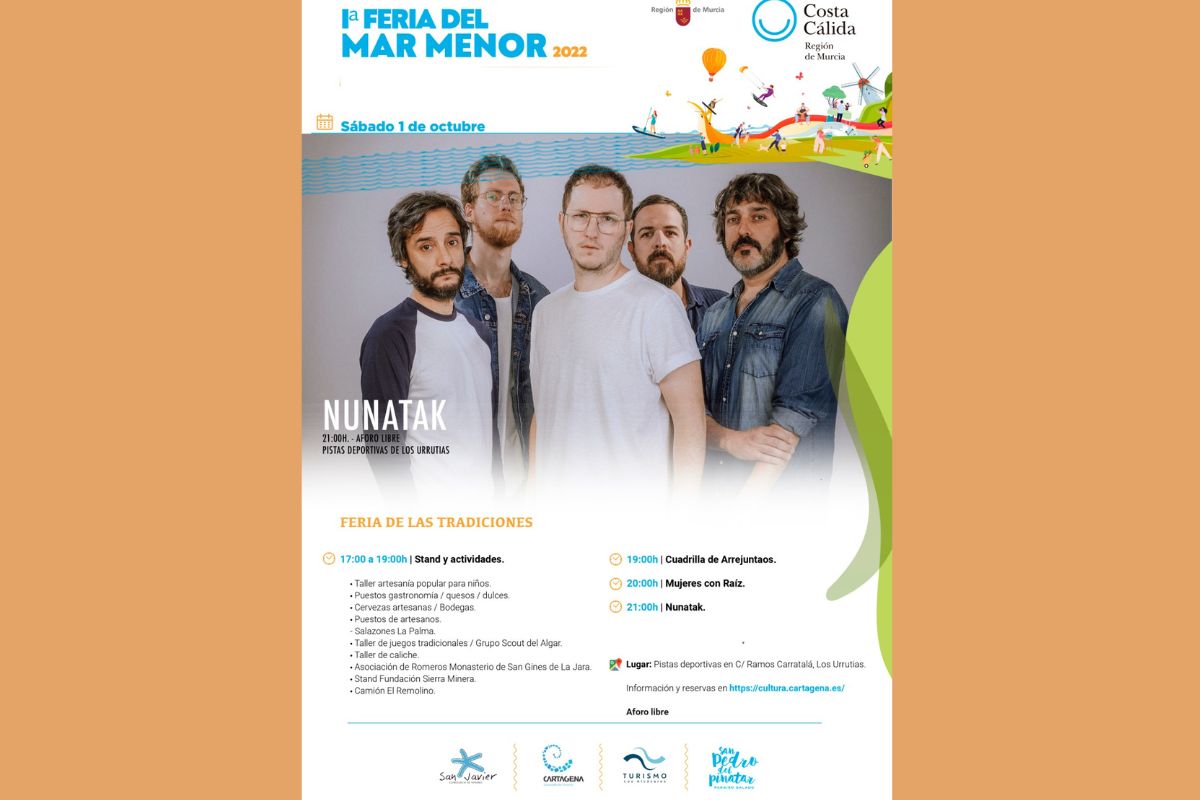 I MAR MENOR FAIR "BETWEEN SEA AND SEA" FAIR OF TRADITIONS

Activity Description: The Fair of Traditions is a space open to the expression of the popular culture of our people. Always located in the streets and squares of the municipality, the different groups and neighborhood associations of each area participate in the Fair of Traditions, showing their work of recovery and enhancement of our popular culture. It is a participatory space where neighbors can enjoy both traditional music, folk dances and games and the popular cuisine of our land.
On this occasion we celebrate the Traditions Fair in the town of Los Urrutias where we can visit the different stands and booths of the associations in the area, a traditional games workshop for children and adults organized by the Alba 601 Scout Group from El Algar, a sample of the Caliche game, the cart exhibition of the Association of Romeros de San Ginés de La Jara, as well as different gastronomy and popular craft stalls.
To culminate the Fair we will have musical performances by the Cuadrilla de Arrejuntaos, Mujeres con Raíz and Nunatak, singing all of them to the beauty of the Mar Menor and for the recovery of its ecosystem:


Where does it take place?