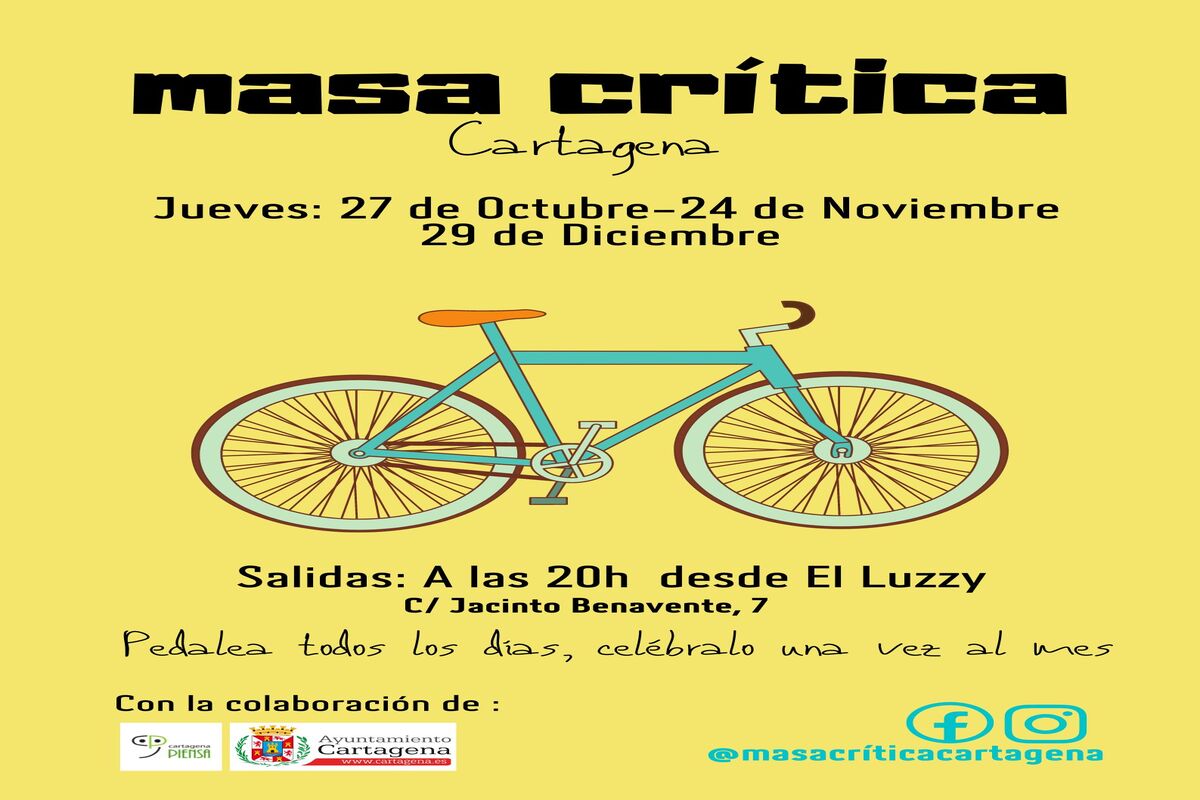 WHAT IS CRITICAL MASS ?
The Critical Mass, is the name of a global movement under which a group of people go for a walk to make visible and promote the use of bicycles in the city. It originated in San Francisco (California) in September 1992 and is currently celebrated once a month in more than 400 cities on all continents. The movement continues to expand and takes on greater meaning as we closely perceive the effects of climate change and the energy crisis with greater intensity and frequency.
The term critical mass comes from Physics and is adapted to the study of the dynamics of societies, to refer to the minimum number of people necessary for a specific phenomenon to take place and acquire its own dynamics that allow it to sustain itself and grow. The documentary Return of the Scorcher, (USA 1992), by Ted White, popularizes the term to refer to cyclists in China, who wait for enough to be able to safely cross together.
WHO PARTICIPATES and WHY PARTICIPATE?
Anyone who can ride a bike or skate can join. Girls and boys, young and old. The people who participate in this movement are healthy and critical people, who aspire to live in a more friendly and resilient city, inclusive, with less noise and less pollution. For this reason, Cartagena Piensa, supports the movement and invites you to join the Critical Mass as a new opportunity to meet and appropriate public space. In commitment to the SDGs and the 2030 Urban Agenda, the invitation to this activity represents a novel and relaxed opportunity, but committed to the transformation of the city, within our quarterly programming.
Get your bike ready and come ride and enjoy the city with us!!