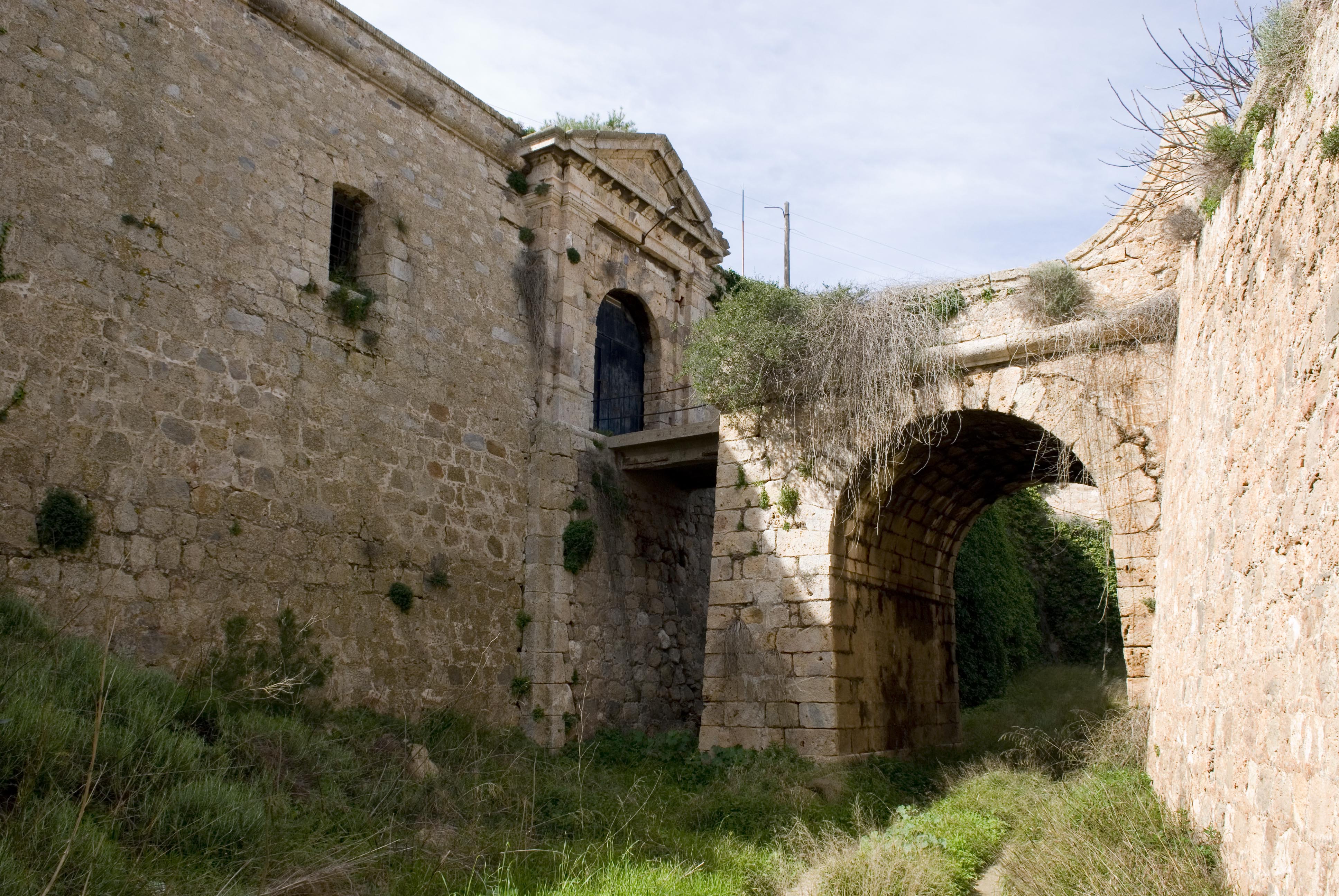 This 18th century fortification is located on Galeras mountain, on the West Side of the Port, on height of 219 meters from where the city, the Arsenal, the port and Algameca are dominated.

The Galeras mountain takes its name from Royal galleys that took refuge in the waters that wash its slopes, although its old place name is Mount Salinas.

The castle, of eclectic neoclassical style, was designed by the military engineer Pedro Martín Zermeño and its construction was completed in the year 1777.

It is a bastioned fortress of the Spanish School with French influence. Rectangular, with four bastions, one in each vertex and a large central courtyard. All the construction is surrounded by a dry moat.

From this castle starts Charles III's Wall that surrounds part of the city.

The Cantonals called it Vanguard Castle, and it was also named "Captain of all castles". From this castle the Cantonal Movement was proclaimed with a cannon shot, on July 12th, 1873. It was armed with guns until 1895.

After the Spanish Civil War, it was used as a troop prison. Until 1987 belonged to the Army, and on that date became dependent on the Navy. This fortress is classified as Heritage of Cultural Interest.

Cantonal Revolution
On July 12th, 1873, the canton was proclaimed in Cartagena, by placing the red flag (revolutionary symbol) and subsequent cannon shot in Galeras castle. The cantonal supporters occupied the City council, the Arsenal and the coastal batteries. The canton of Cartagena remained independent of the central government due to the power of the Spanish fleet seated in its port (five frigates, two steamers and one corvette) and the fortification system of the coastal city. Cartagena financed its uprising with the silver extracted from the mines of Cartagena's mining range.

After six months of siege and intense bombing, much of the city was destroyed. Cartagena would surrender on January 12th, 1874.