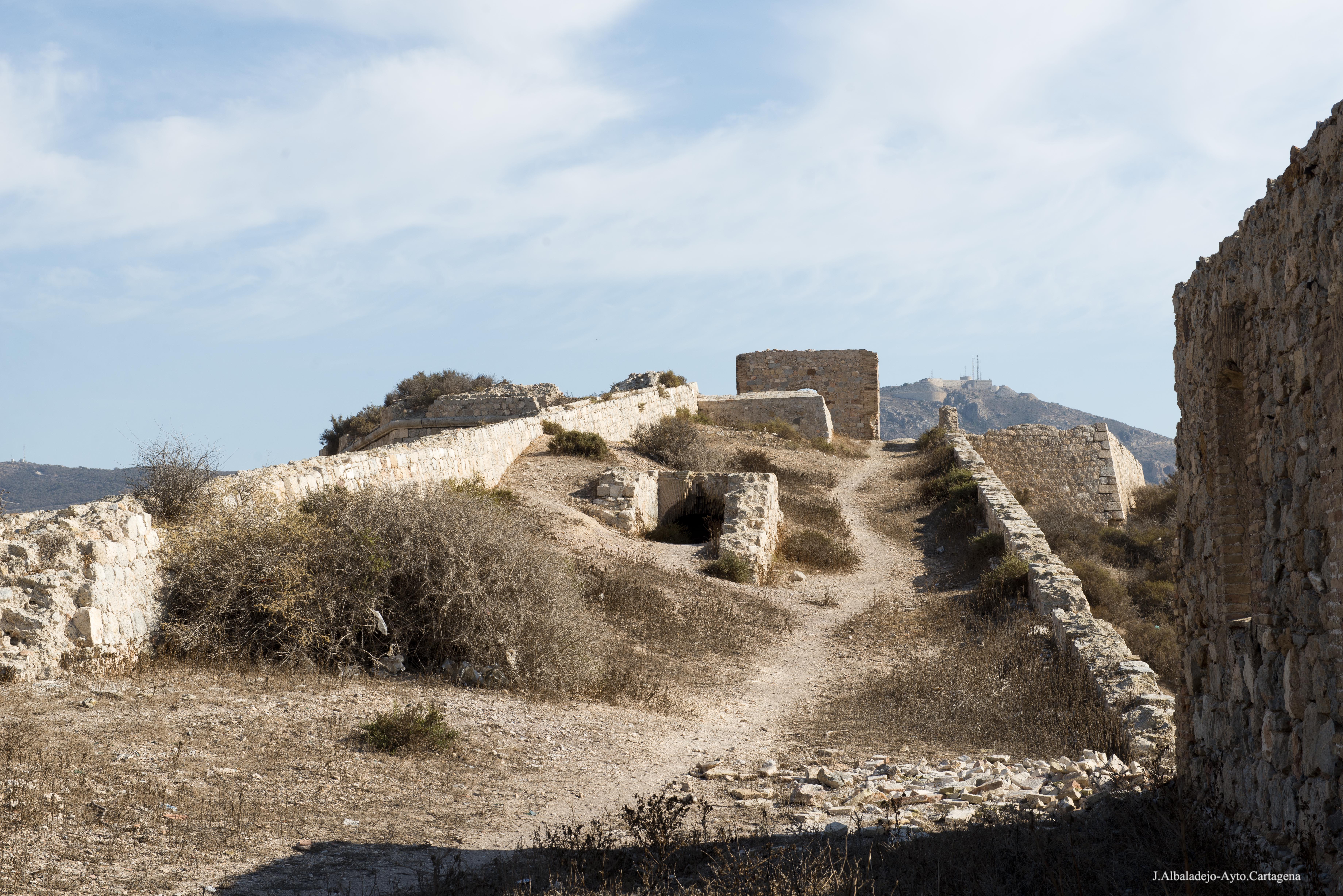 Located on a height of 56 meters above the hill of the same name, where Publius Cornelius Scipio Africanus, settled his troops to take the Carthaginian city.
It is a fortification with a North-South linear development and consists of three bastions, North, central and South, and two curtains between them. The extreme bastions have a quadrangular plan. The building has four gates. The main gate is located in the northern bastion, there is another almost symmetrical in the southern bastion.
It was built in the 18th century during the reign of Charles III, its particularity is that it was connected to the city by a covered path, a kind of trench, which started from the gate called Puerta del Socorro (postern located in Charles III's Wall that is currently an access to the polytechnic university through Cuesta del Batel).
Its mission was to protect the "bastioned front of the Hospital" and fundamentally San José gates. It is a bastioned construction of the Francophile Spanish School. Its architectural style is Neoclassical-eclectic. It was designed by the military engineer Pedro Martín Zermeño, and was also directed by Mateo Vodopich, military engineer during the years from 1773 to 1778. It was gunned since it was constructed.
During the Succession War, this hill played an important role in the conquest of Cartagena for the cause of Philip V. The armies of the Duke of Berwick, were stationed on Moros Hill and from there beat Concepción castle to silence its artillery, Cartagena surrendered to the cause of Philip V.
During the Cantonal War it had 16 artillery pieces, playing an important role at this time to cover and prevent the penetration of the besiegers to the East of the position.
The name of Moros Castle is given because after the Reconquest, there were several caves of this hillock where the Moorish population spent the night due to the obligation to leave the city precincts from sunset to sunrise.
In the year 1,929 the State cedes it to the city of Cartagena. This fortification is accessed through a path that starts from Paseo de las Delicias in Santa Lucia neighbourhood. It was declared Heritage of Cultural Interest with the category of Monument on August 7th, 1997.