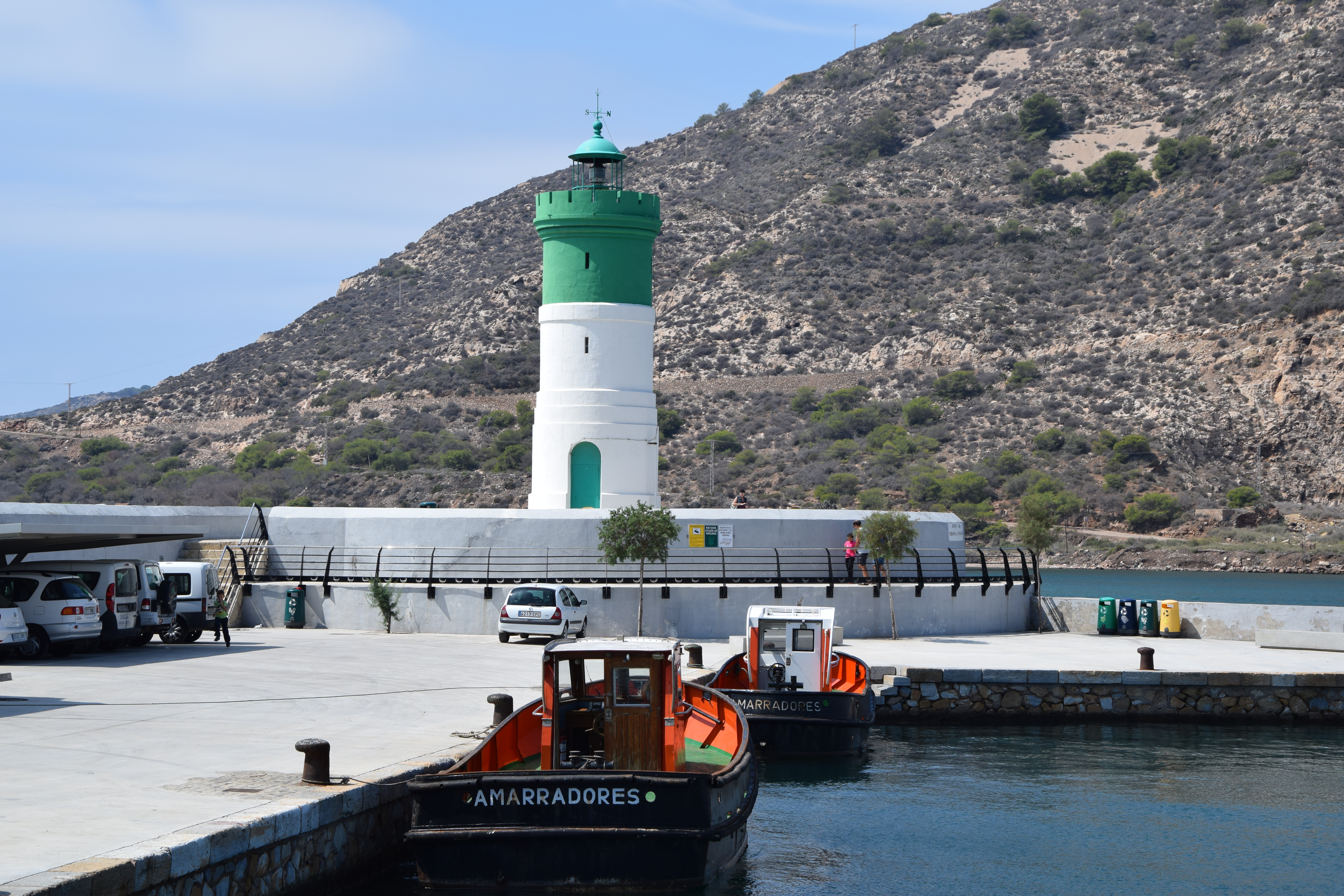 It takes its name from the wharf called La Curra, where it is placed. Located in the western part of Mount San Julián, in the area known as Lugar de la Curra, a breakwater was started whose main objective was to prevent the boats from colliding with the underwater slab of the port, a rocky elevation of 10,000m3 of great danger for navigation.

The construction of this wharf, in combination with the one of Navidad, would narrow the entrance to Cartagena bay, breaking the seas of lebeche, a common wind in this area.

In 1917 the definitive appearance of the lighthouses of the Levant shore was determined, in which Curra is indicated "green twinkling, with a range of 7 miles" and following the automation instructions, the company J.H. Dahlander was asked for the costs estimation

For this reason, the Lighthouse of the Curra wharf, is also known as "green lighthouse", due to the colour of its structure on the upper part and the colour of the light that projects.

ARCHITECTURE:
The lighthouse is of cylindrical construction using ashlar masonry of white and green colour (in its superior part) with 14m high and 2,20m diameter and a range of 5 nautical miles.

The body is made of masonry for the safety of the construction and only hydraulic mortar was used as union material. It is a 6th order lighthouse and there is inside a reservoir, a spiral iron staircase to the operation chamber, located below the lighting, communicating both by a hand ladder.

The access to the lighthouse is through the road to Cala Cortina.