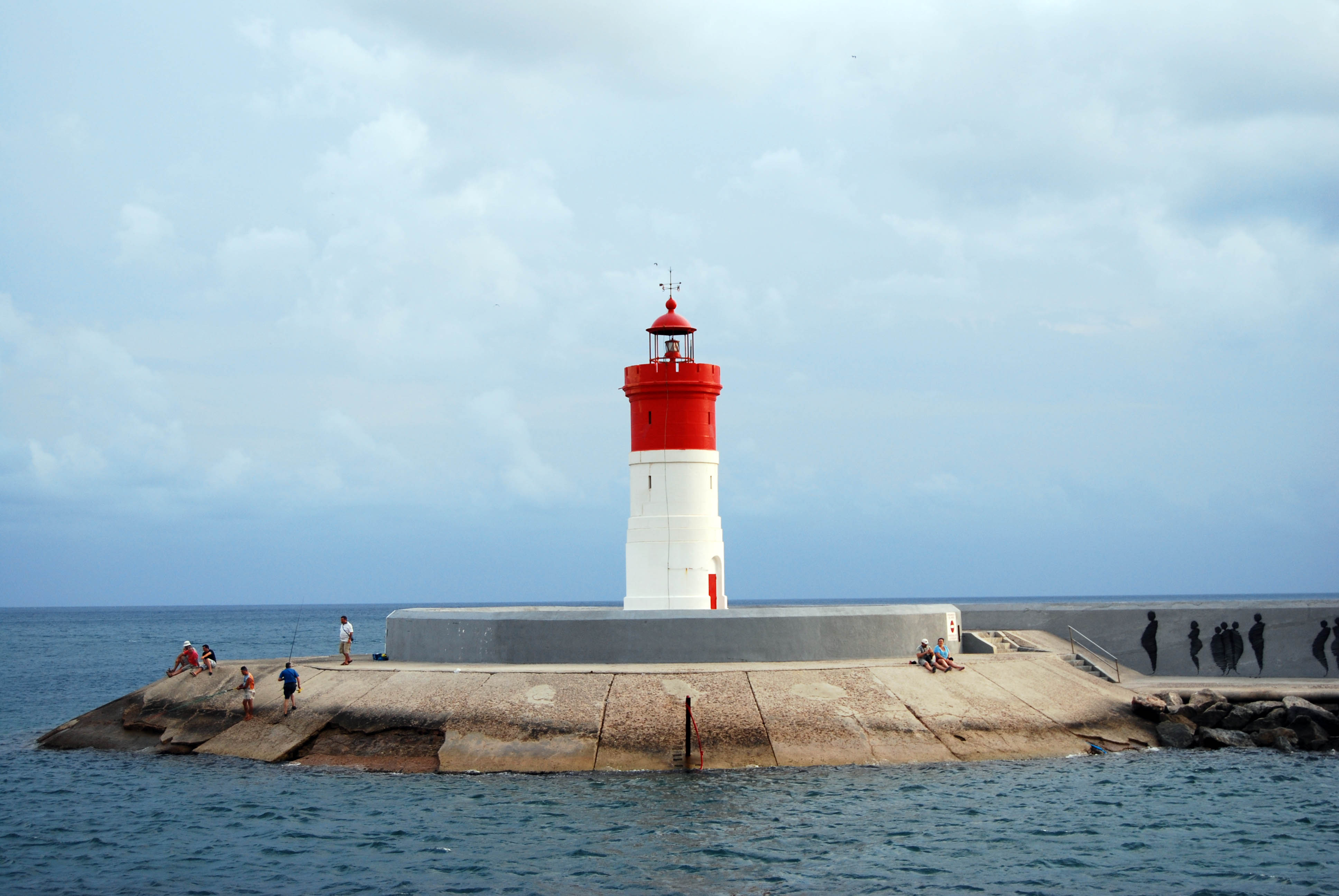 It takes its name of “Navidad” from the nearby “Navidad” coastal battery. Leaning on Christmas Point, construction began on a riprap breakwater, in combination with another one resting on the slope of the San Julián mountain, to protect the bay from the southeast wind (lebeche), predominant in the area.

Shortly after starting dropping the rocks, it was a serious danger for the ships entering and leaving the port, so that the urgent need to signal the end of the breakwater turned evident. The engineer in charge of the construction of the new port of Cartagena, José Rodríguez Acerete, wrote a "provisional light project to the port of Cartagena", and since the lights of Podadera and Escombreras were white and red, respectively, he initially proposed the green colour for “Navidad”.

Once finished the breakwater wharfs of “Navidad” and Curra, in 1881 the construction of the “Navidad” and Curra lighthouses were authorized as permanent buildings at their ends, as well the housing-warehouses of effects on the bases of the wharfs that replaced those that existed as provisional buildings.

In 1917 the definitive appearance of the lighthouses of the Costa de Levante was determined, indicating for the “Navidad” "twinkling red, with a range of 10 miles".

On 11-4-1920, the process was started so that the “Navidad” , Curra and Escombreras lighthouses would depend for their maintenance on the Port of Cartagena Works Board, which reorganized the service with only one lighthouse keeper who would attend the headlights for five days a week, and a sixth day for office work.

ARCHITECTURE:
The lighthouse is of cylindrical construction in white and red colour, like the light that it gives off, 15 meters high, with a range of 10 nautical miles (18.5 kilometres).
There are two ways to access: