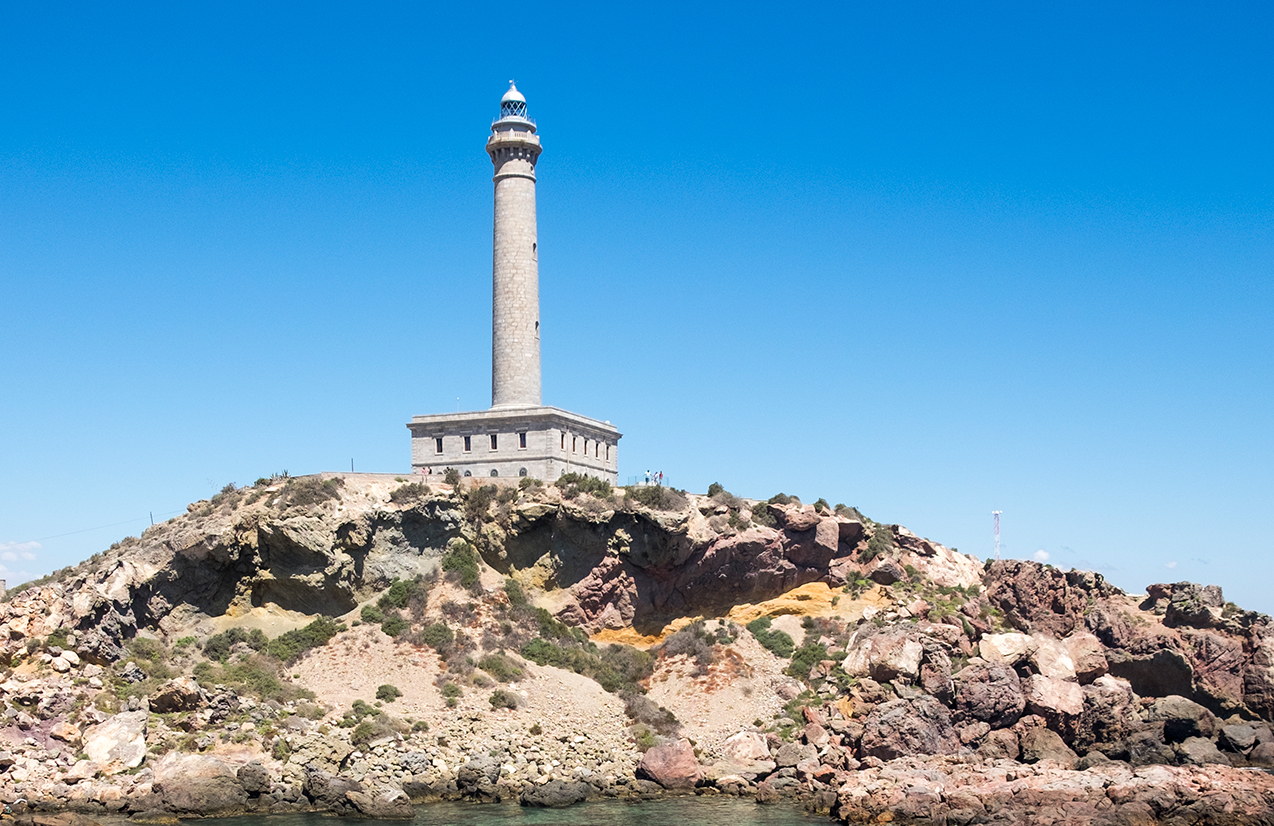 The lighthouse was built in the 19th century on a rocky elevation of about 30m above sea level. The Special Commission of Lighthouses created it within the first order category to dominate a wide maritime area of ​​more than 20 miles around. The lack of elevation of the ground forced to raise a tower so that its light had the necessary geographic scope.

It began to be built in 1862 after the demolition of the Renaissance tower that was there and its ashlars were used in the construction of the current lighthouse. The works on the new lighthouse were completed in 1864. It was finally inaugurated in 1865.

After several modifications, it was electrified in 1960. In 1971 it was modernized again, replacing the current optics, appliances and flashlight. In 1973, the installation of a radio-lighthouse was included, this being one of the vertices of the triangle formed by Cabo de Palos, Cabo de la Nao and Cap de l'Aiguille (Algeria). Between the years 1875 and 1900 the theoretical-practical school of Torreros (lighthouse keepers) was located in the lighthouse building, becoming for years the school where the aspirants to this profession were trained.

Due to its geographical position and its category, this lighthouse also functions as Omega Differential System Station and as a radio-beacon.

Its focal plane is 51 meters high and has a white flashlight which rises 81 meters above sea level. It emits a white light signal in groups of 2 flashes every 10 seconds, and has a nominal night range of 23 nautical miles.

ARCHITECTURE:
It is composed of three parts:

Two-story building of 20m in length on each side. The height of the building to the top of the parapet is 11.60m. The façade walls are made of ashlar masonry

The tower is located in the centre at a height of 43m and consists of a prism 12.50m high

The lighthouse was proposed to be declared as Heritage of Cultural Interest in 2002. The access to the lighthouse can be on foot by the road set up for it.

During the Spanish Civil War there were also orders to interrupt the signal in order to avoid that the airplanes of the nationalist side were guided, in 1.938 it was occupied by navy forces. After the Spanish Civil War, it was repaired from the damage produced by the military forces.