The Calblanque, Monte de las Cenizas and Peña del Águila Regional Park is a Nature Reserve located in the easternmost part of the Region, to the South of the Mar Menor lagoon. It has 17 habitat types, being the most characteristic vegetative communities the thickets of Tetraclinis articulata, an Ibero-African endemism. As for the Park's fauna, the Spanish tooth carp (Aphanius iberus), and other species like the natter jack toad in bushlands, the Bedriaga's skink in beaches and sandy areas, and rock birds of prey stand out. This area was declared Regional Park by Act 4/1992 on the Regulation and Protection of the Territory of the Region of Murcia and it is also a Site of Community Importance (SIC). 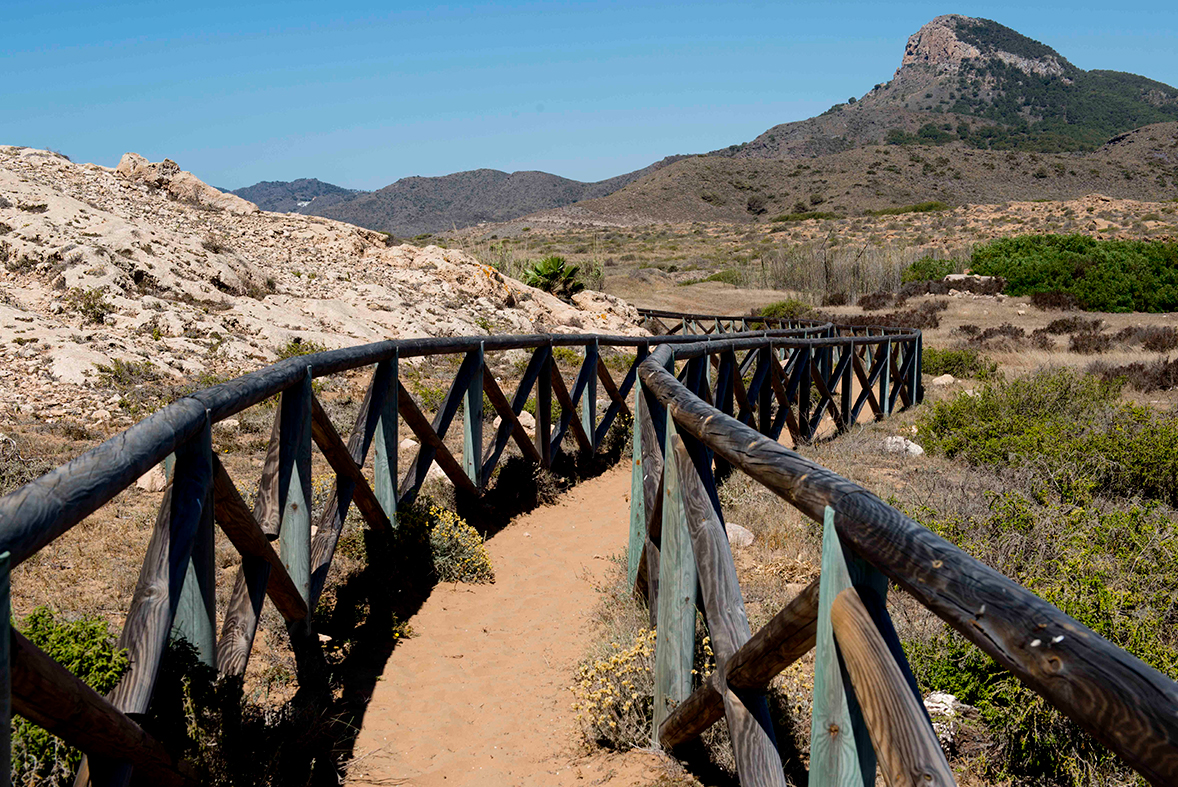 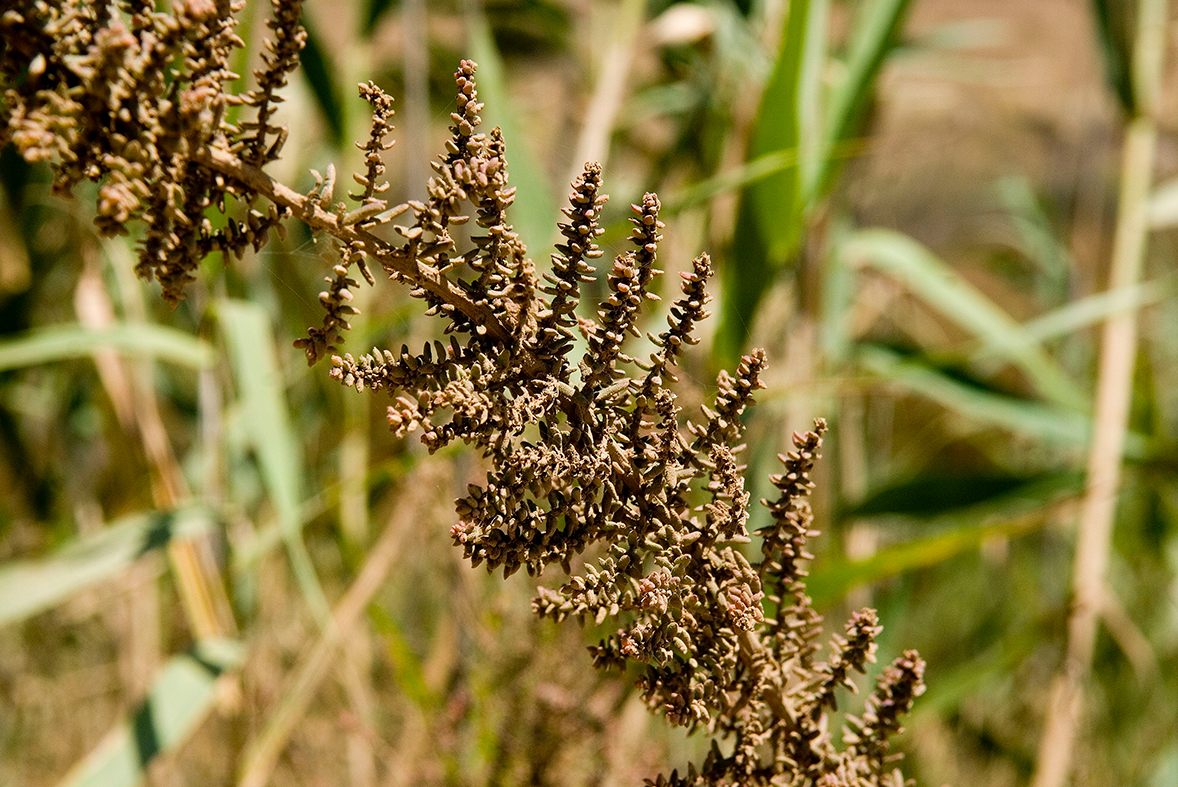 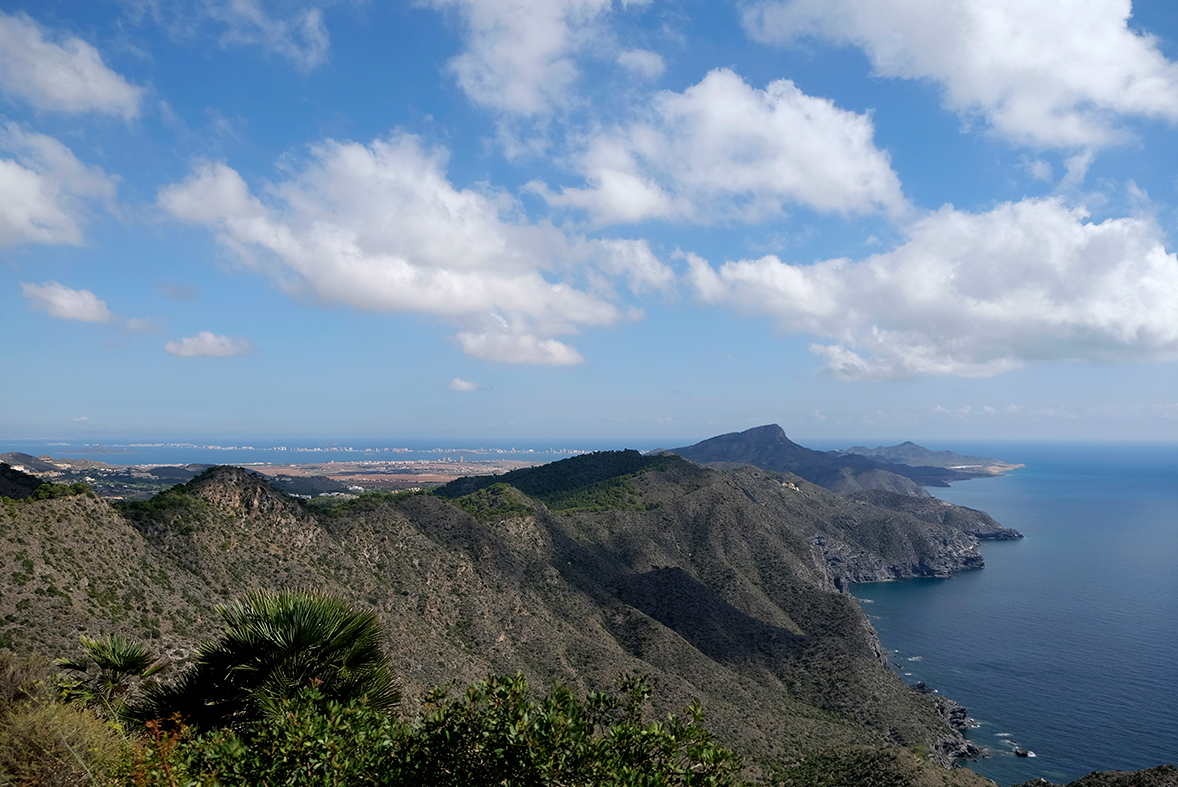 Located on the coastline of the Region of Murcia, to the West of Cartagena, the Roldan hill is a cliff mountain range with high ecological, geomorphological and cultural interest.
Its flora shows numerous species that are exclusive to the zone and some others that develop in the North of Africa too. It is noteworthy mentioning the sandarac tree or cypress of Cartagena (Tetraclinis articulata), the statice of Cartagena (Limonium carthaginense) and the African wolfsbane (Periploca angustifolia).
As for the fauna, it is noteworthy mentioning birds of prey such as the Bonelli's eagle (Aquila fasciata) or the peregrine falcon (Falco peregrinus) that fly over the peaks, and mammals such as the genet (Genetta genetta), the North African hedgehog (Atelerix algirus) or the Etruscan shrew (Suncus etruscus), along with reptiles such as the spiny-footed lizard (Acanthodactylus erythrurus) or the ocellated lizard (Lacerta lepida) that roam the area.

Roldán mountain, due to its proximity to the city of Cartagena and its attractive landscape, is very popular for hiking, biking, mountain races and all kinds of recreational activities. 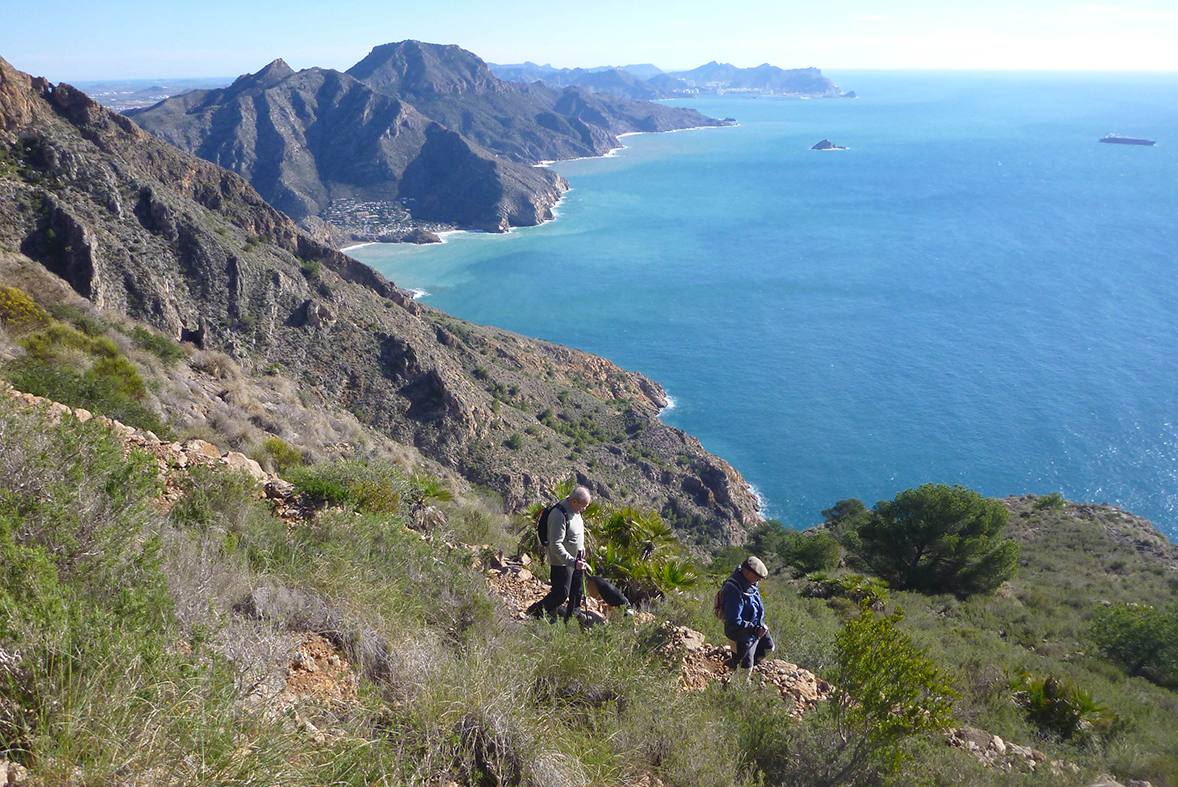 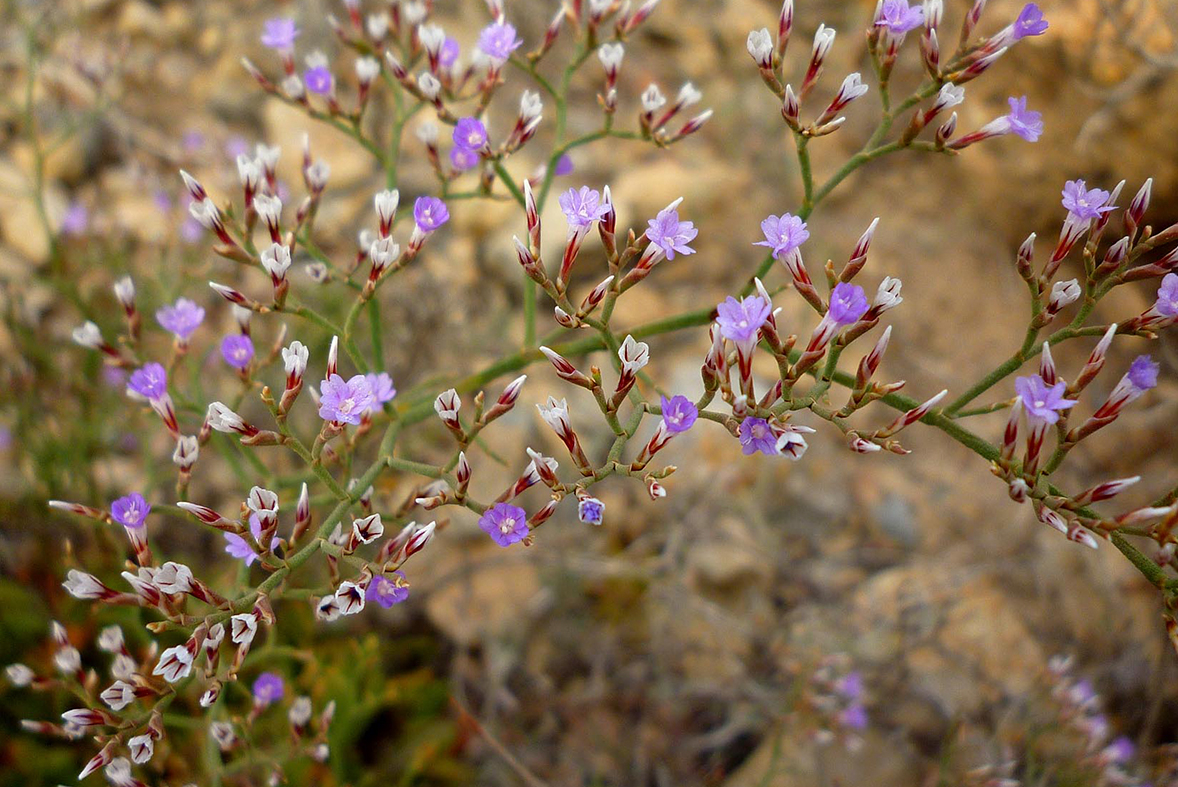 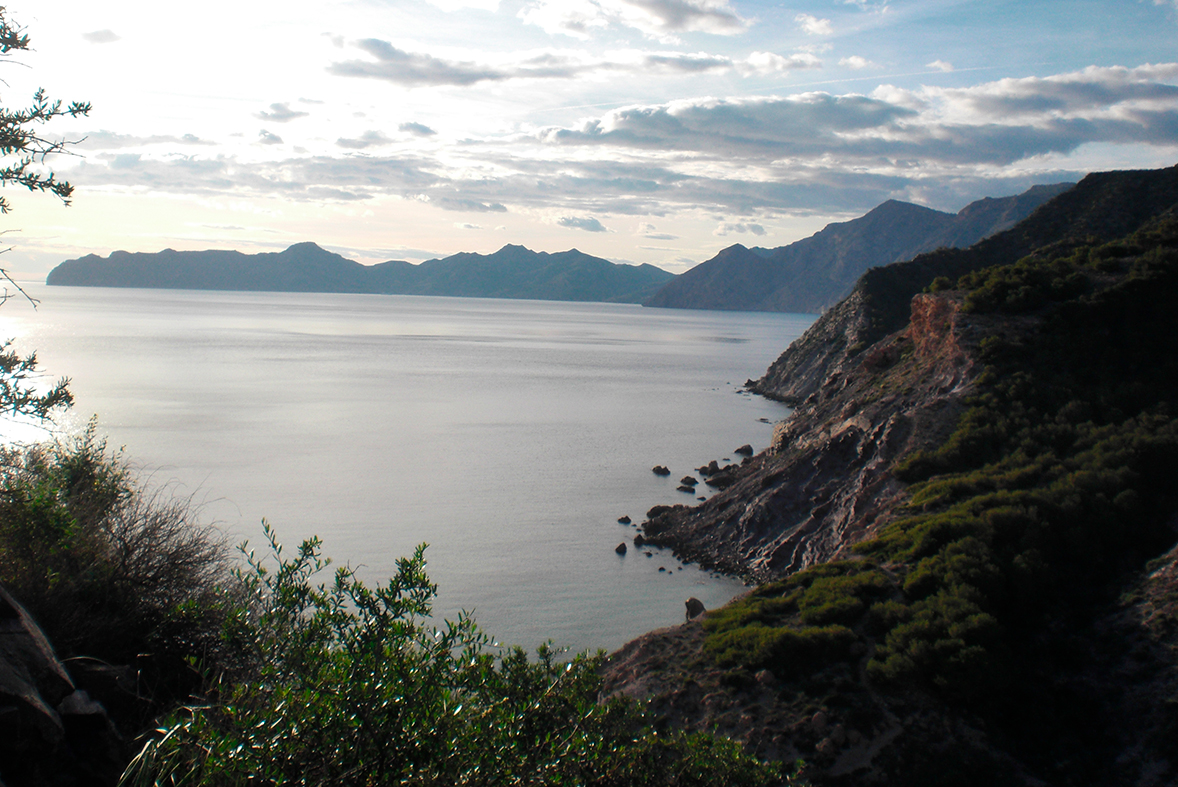 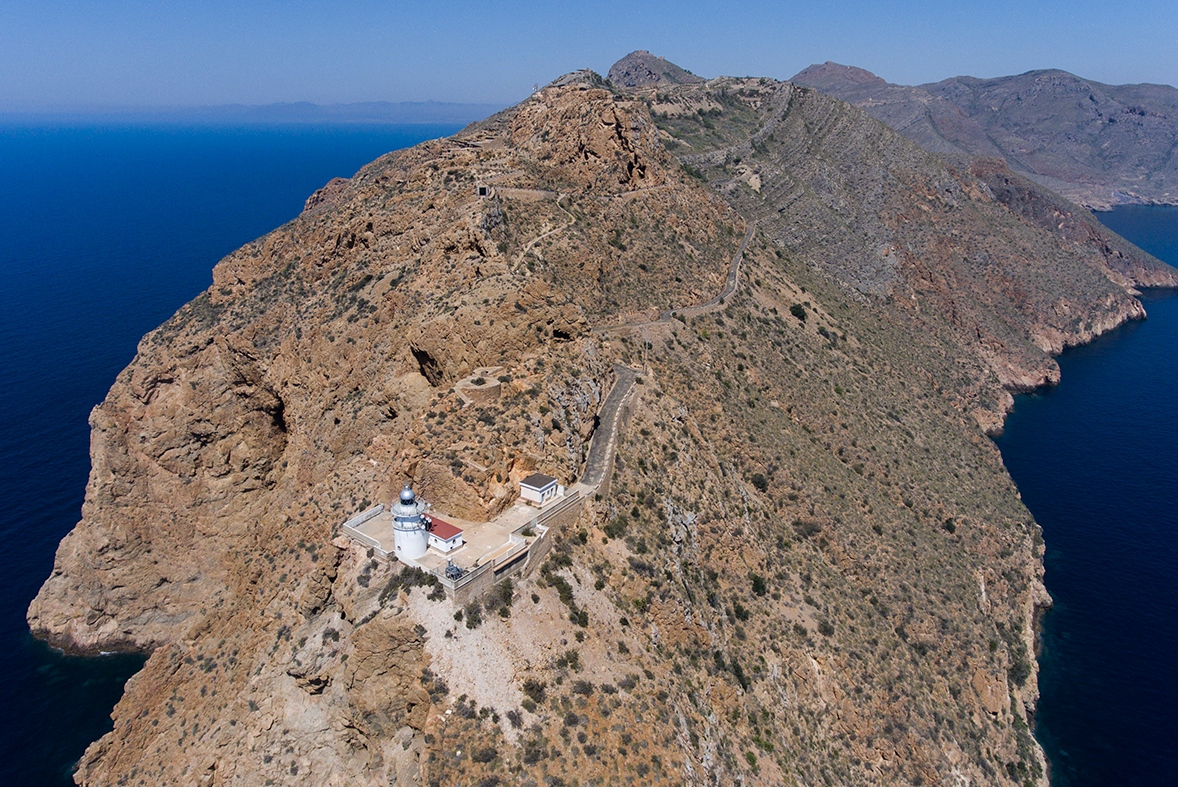 Islands And Islets of the Mediterranean Coastline Nature Reserve

The Natural Area Islands and islets of the Mediterranean coastline is made up of 18 islands and islets of the regional coastline. It presents four types of community habitats. Due to the importance of some islands in this area it has been designated as Special Protection Area (SPA) because of the colonies of marine birds species found there. It is a Site of Community Importance of the Natura 2000 Network. 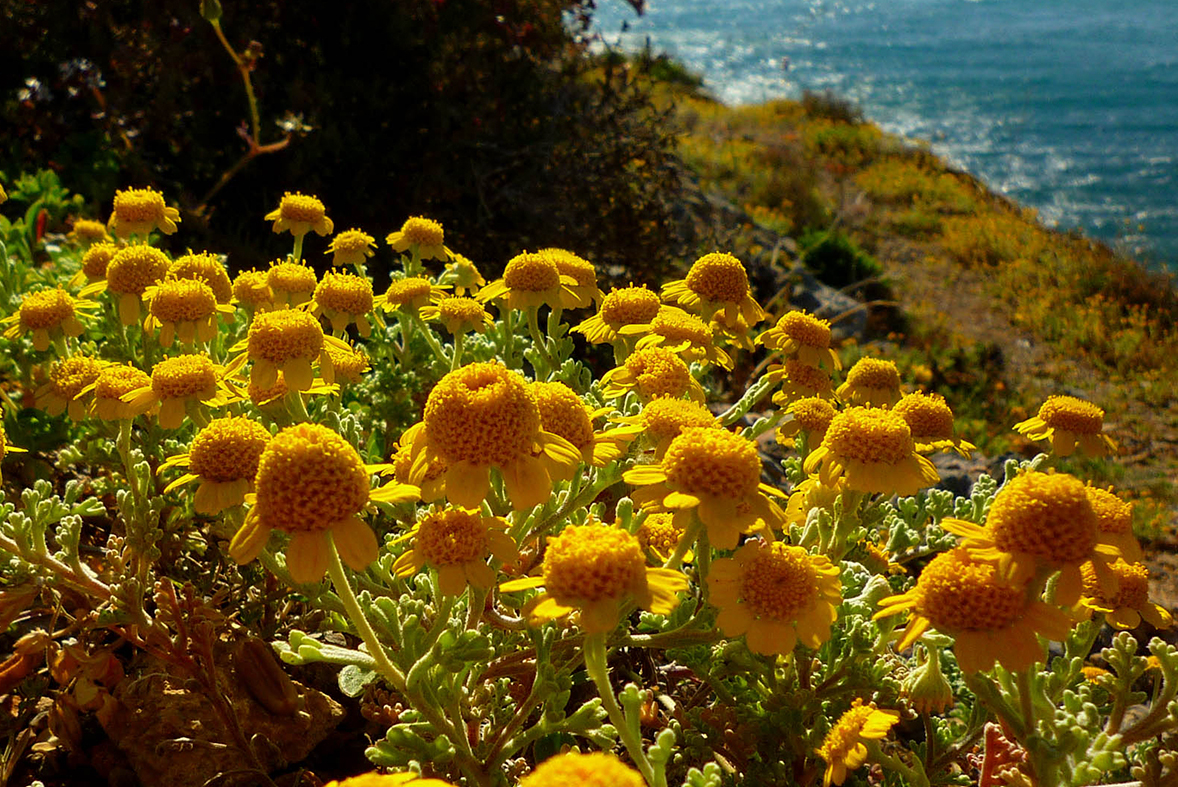 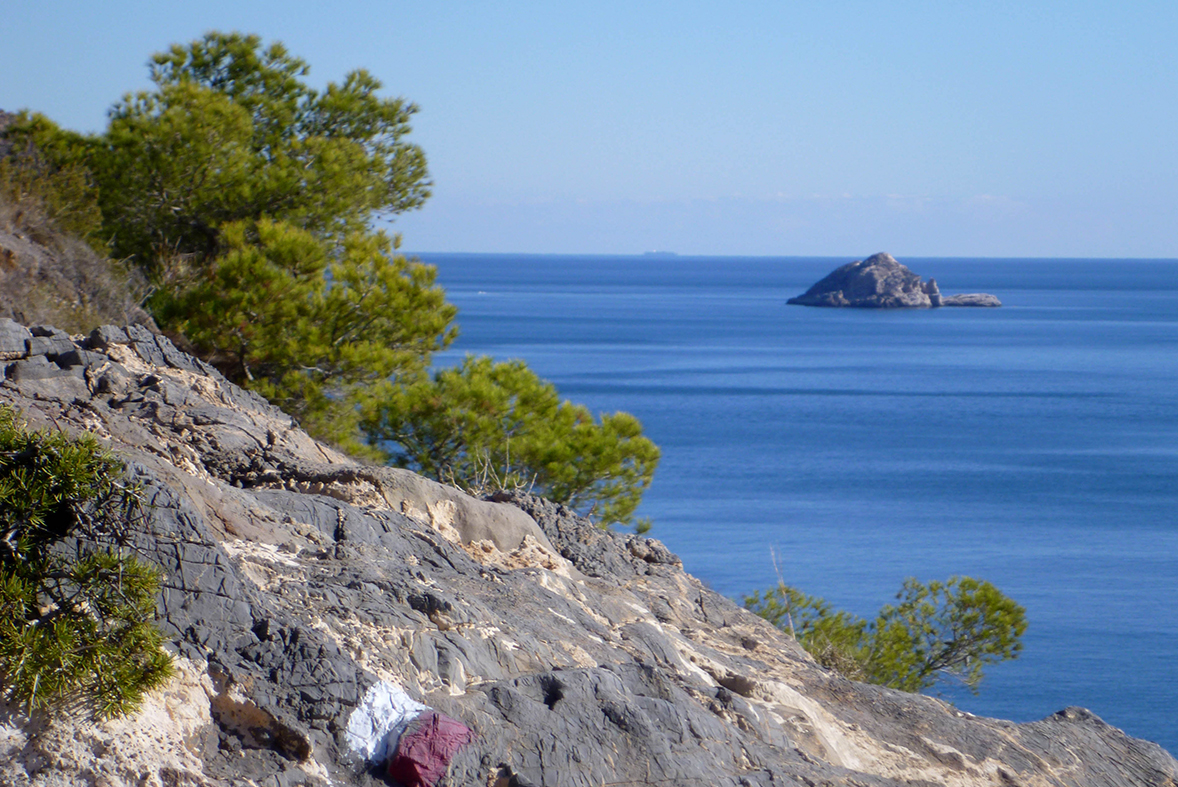 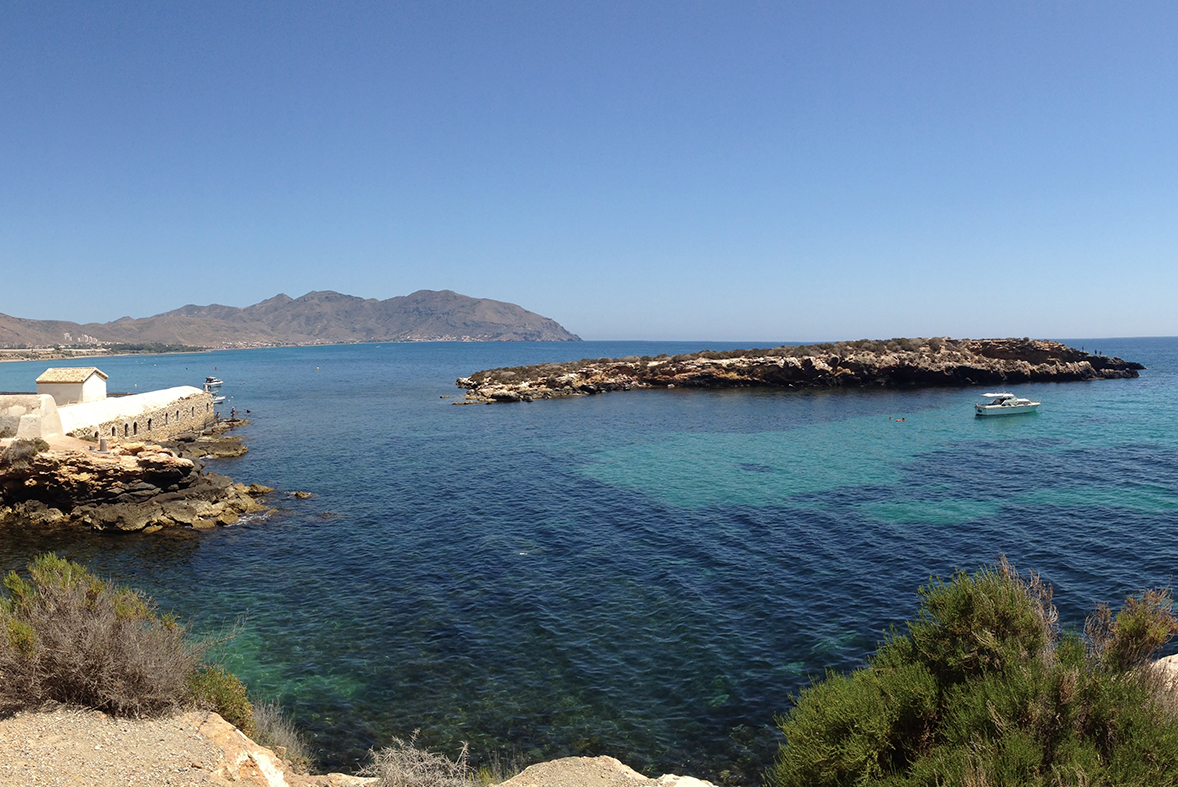 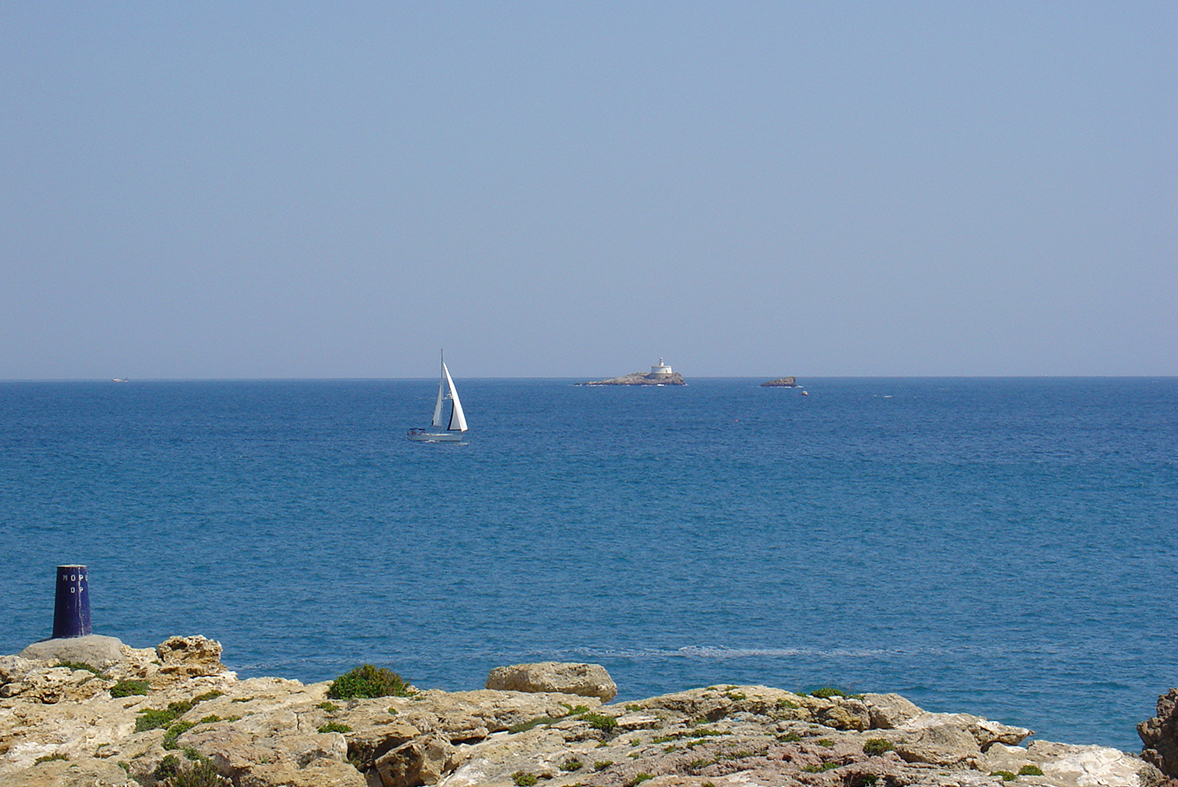 This protected natural space includes the wetlands associated with the lagoon of Mar Menor (La Hita, Carmolí, Lo Poyo, Marchamalo and Amoladeras), its islands (Perdiguera, Barón, Ciervo, Redonda and Sujeto), and the hillocks of its surroundings (Carmolí, San Ginés and Sabinar). 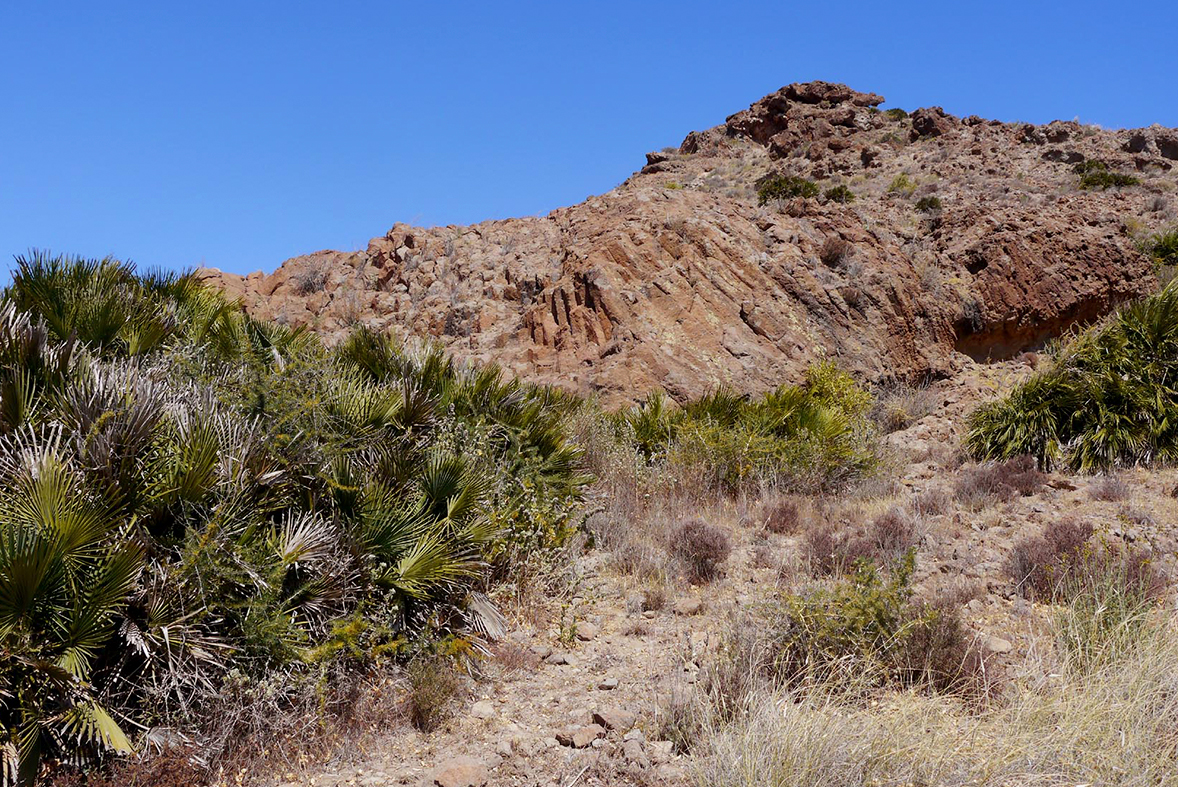 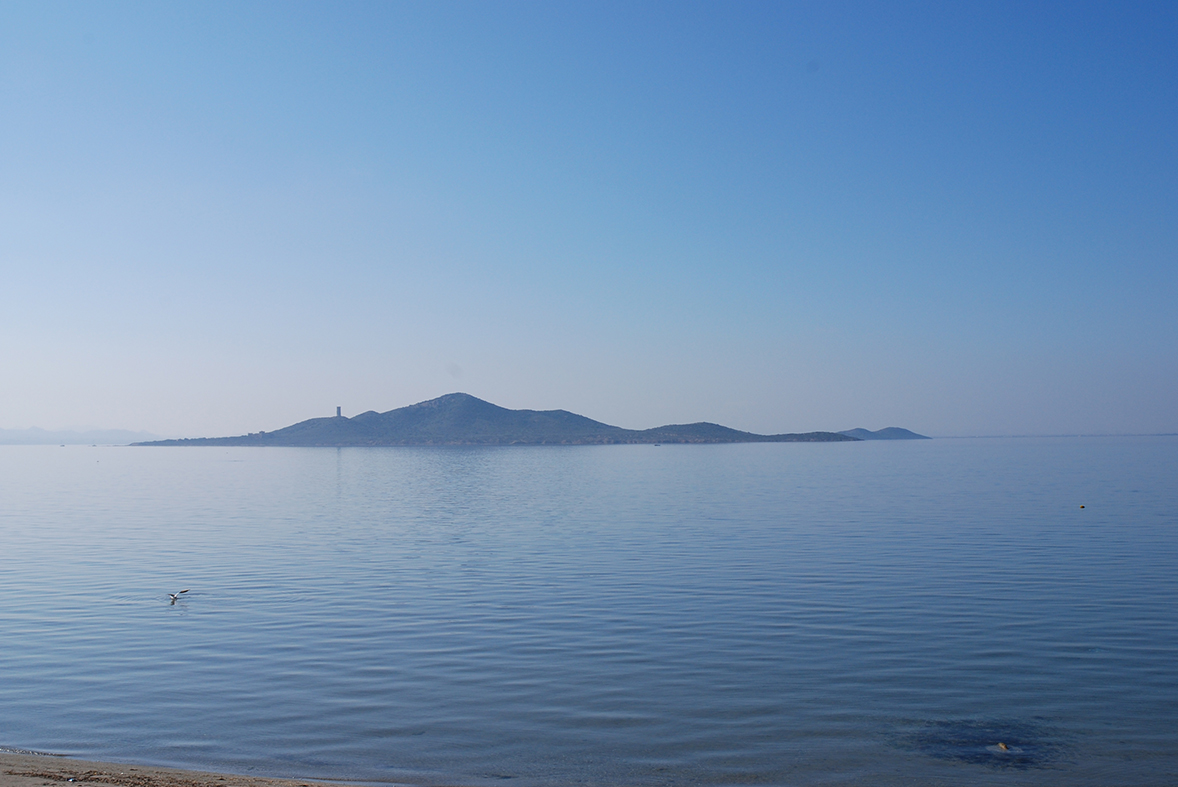 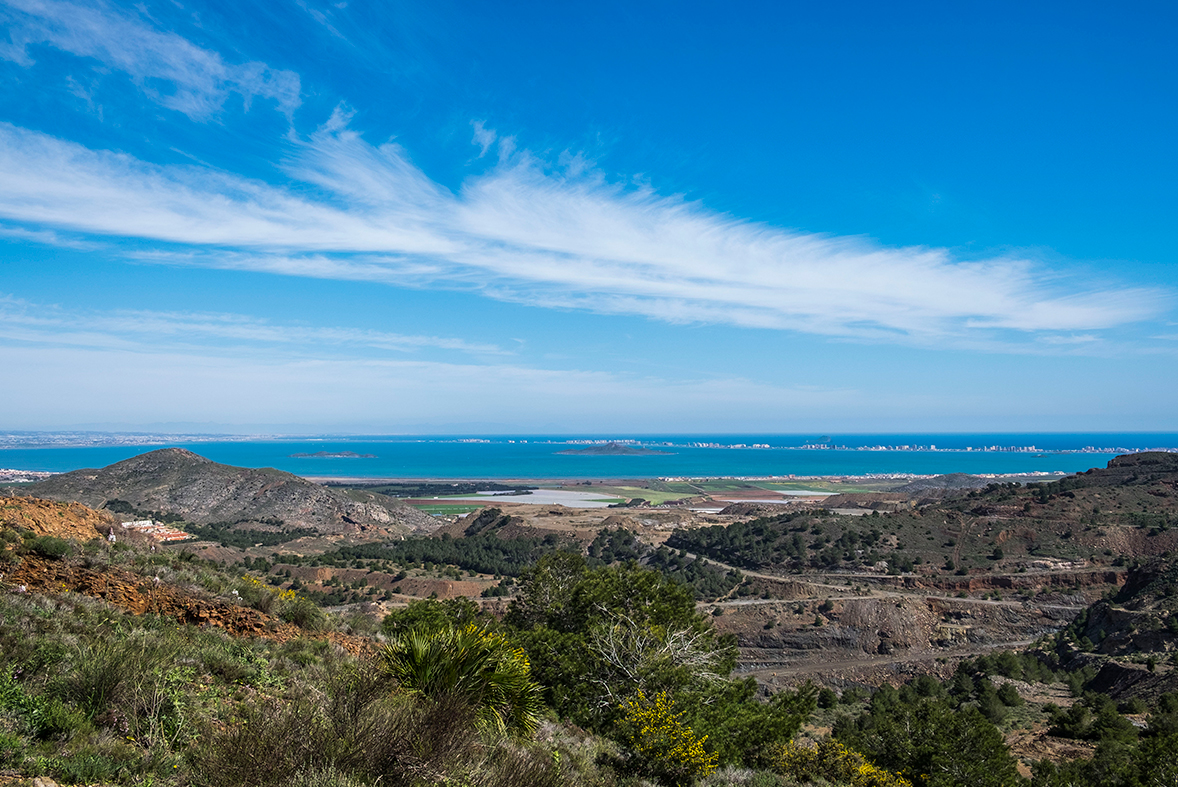 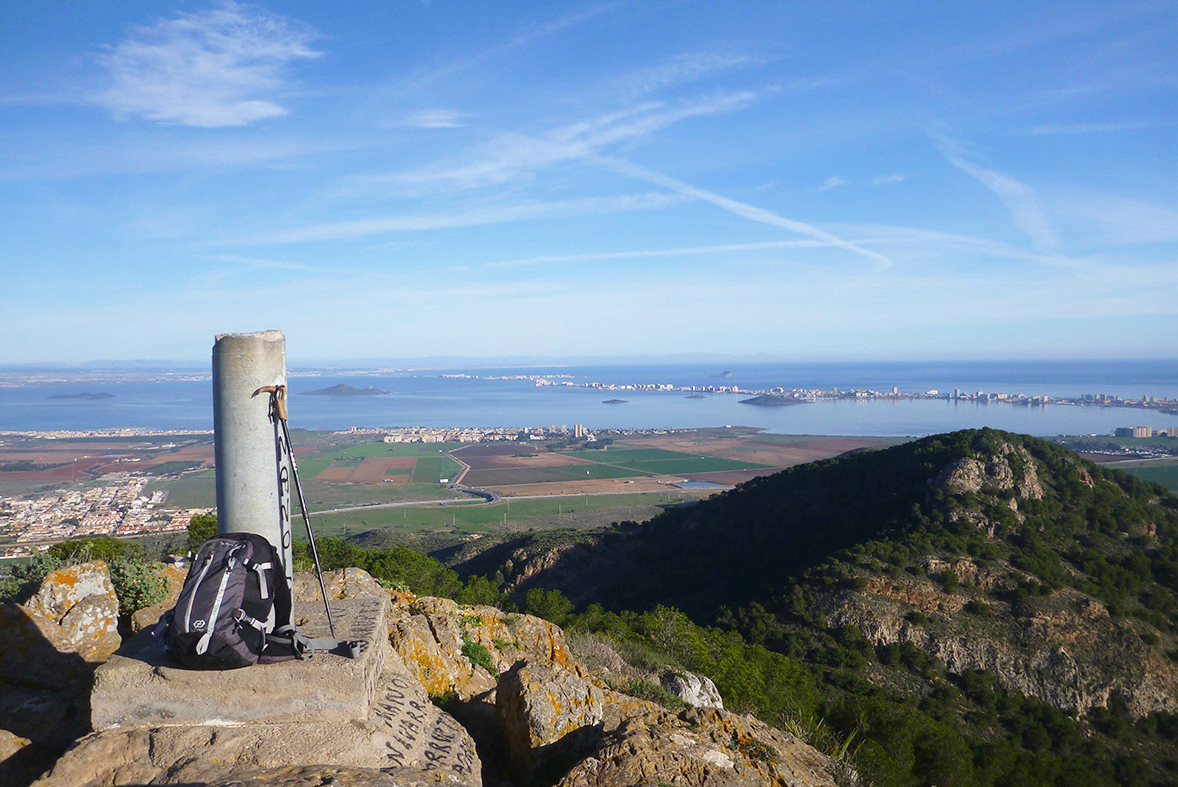