This is the base of all archeological activity in the city and its district. Opened in 1982, the museum is built over the late 4th century Roman necropolis of San Antón; it contains one of the most important collections of inscriptions in the country. 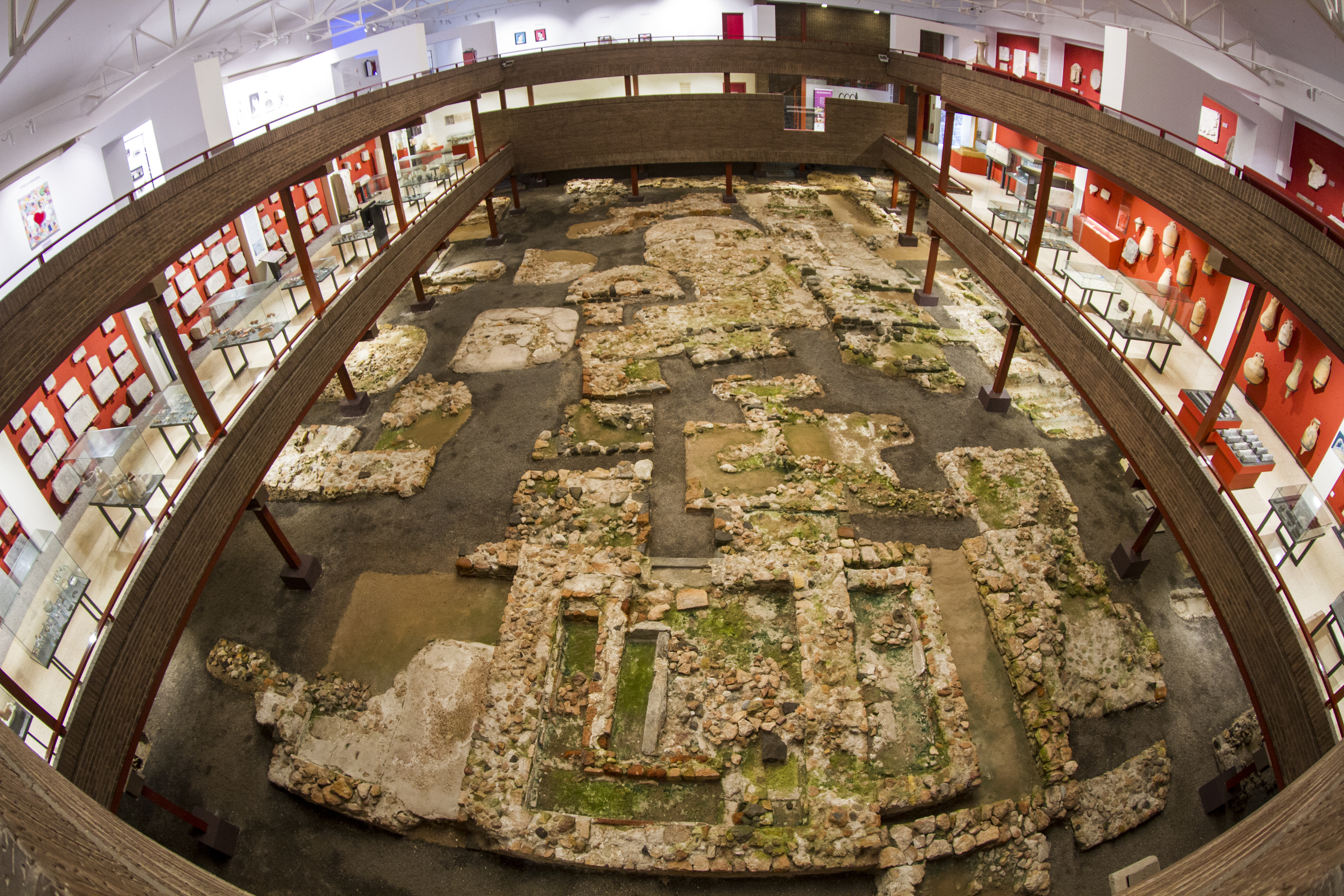 02. Centre of Interpretation of the Punic Rampart

The rampart was discovered in 1989, on the south side of the hill of San José, or Aletes, as it was known in Roman times. The construction dates back to 227 B.C., with the founding of the Punic city and the conversion of Cartagena (then called Qart-Hadast) into the capital of the Carthaginians in the territory of Hispania. The fortifications are in the Hellenist style, with two parallel walls spaced 18 feet apart that are, in turn, linked together by other walls. The rampart enclosed the Punic city, and this particular stretch covered the isthmus, the only entrance to the city. 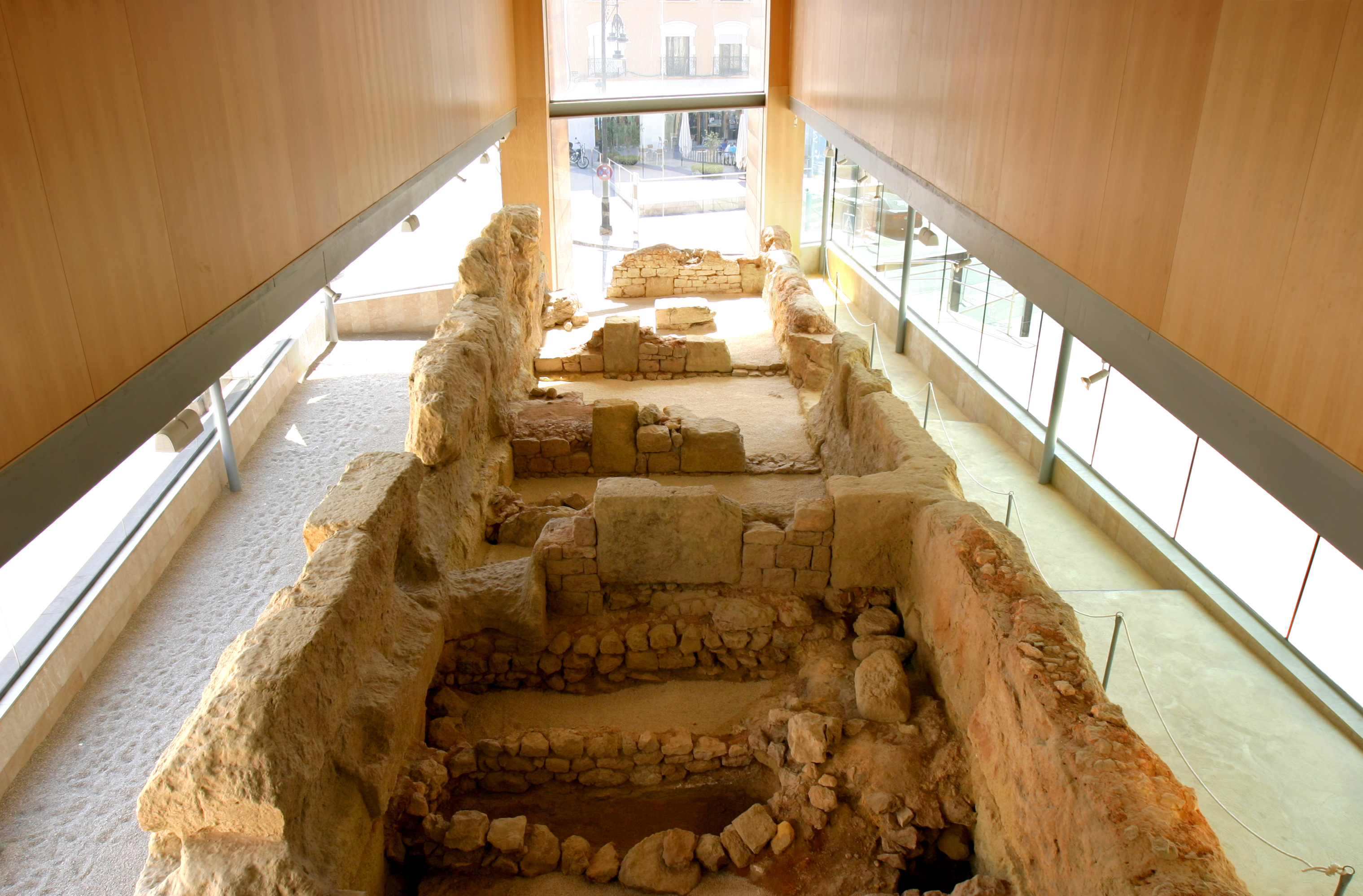 03. The House of Fortune

On either side of a stretch of Roman road lie the remains of two dwellings dating from the first century B.C. On the sides you can see the pavements, the walls with the entrance threshold and the opus signinum decorated flooring, but the most impressive feature is the fresco painted decoration of the dining room walls of the Casa de la Fortuna, the house which gets its name from the inscription that can be read on the flooring in the courtyard. 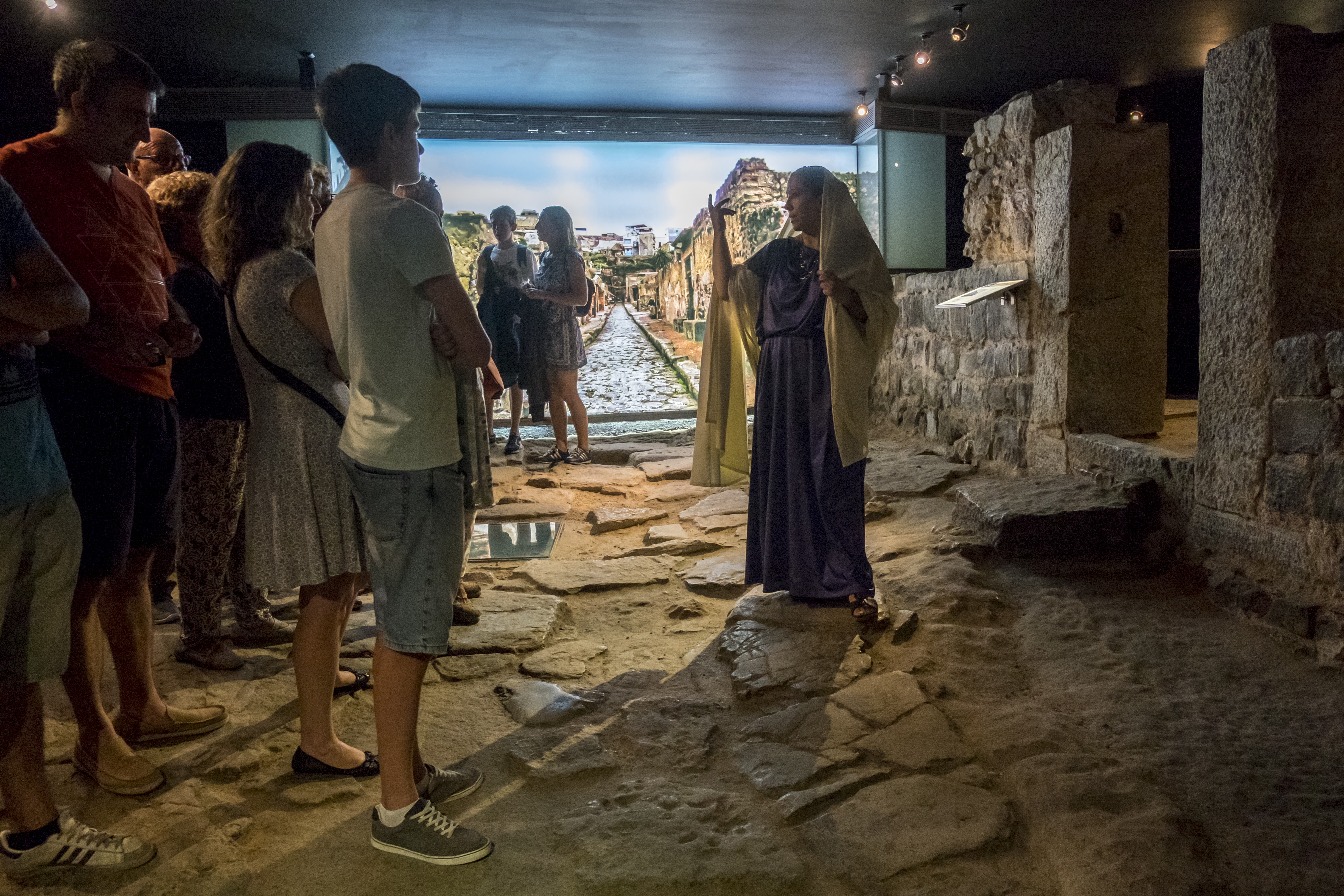 This is one of the best-kept archaeological sites in the city, and it is composed of the remains of two public buildings from Roman times in the Cartago-Nova area, dated in the 1st century A.D. It may be one of the first locations used for religious purposes identified as a meeting place devoted to the worship of well-known emperors. 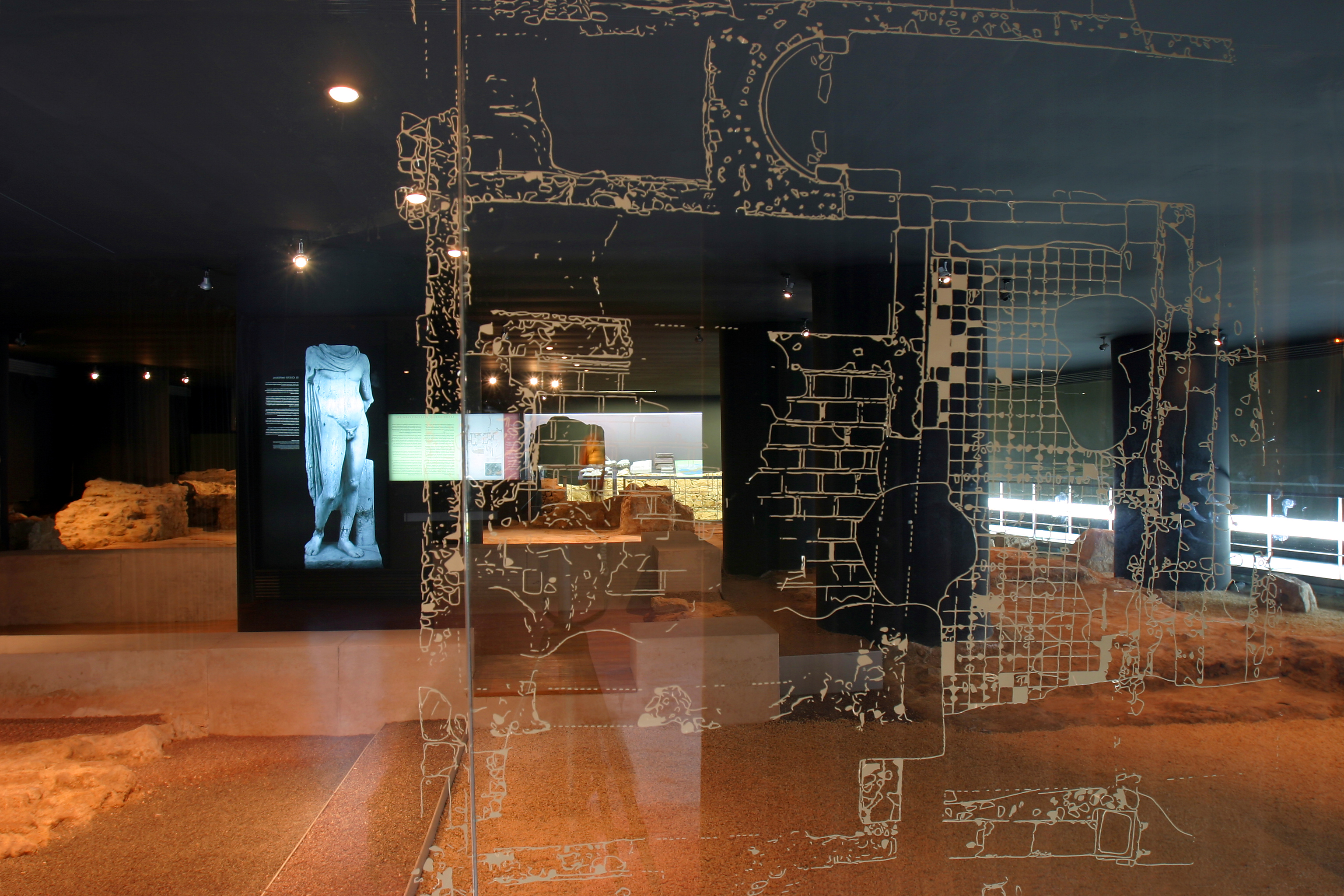 The Roman Forum Museum is considered as the entrance to one of the largest urban archaeological parks in Spain, throughout its rooms you will be able to learn about the history of Cerro del Molinete from the old Carthago Nova to nowadays. The visit of the museum concludes with a tour of important remains of the Roman period such as the Curia, the Forum, the Sanctuary of Isis, the old roman roads, the port’s thermal baths and its entrance portico and to finish the Atrium Building. 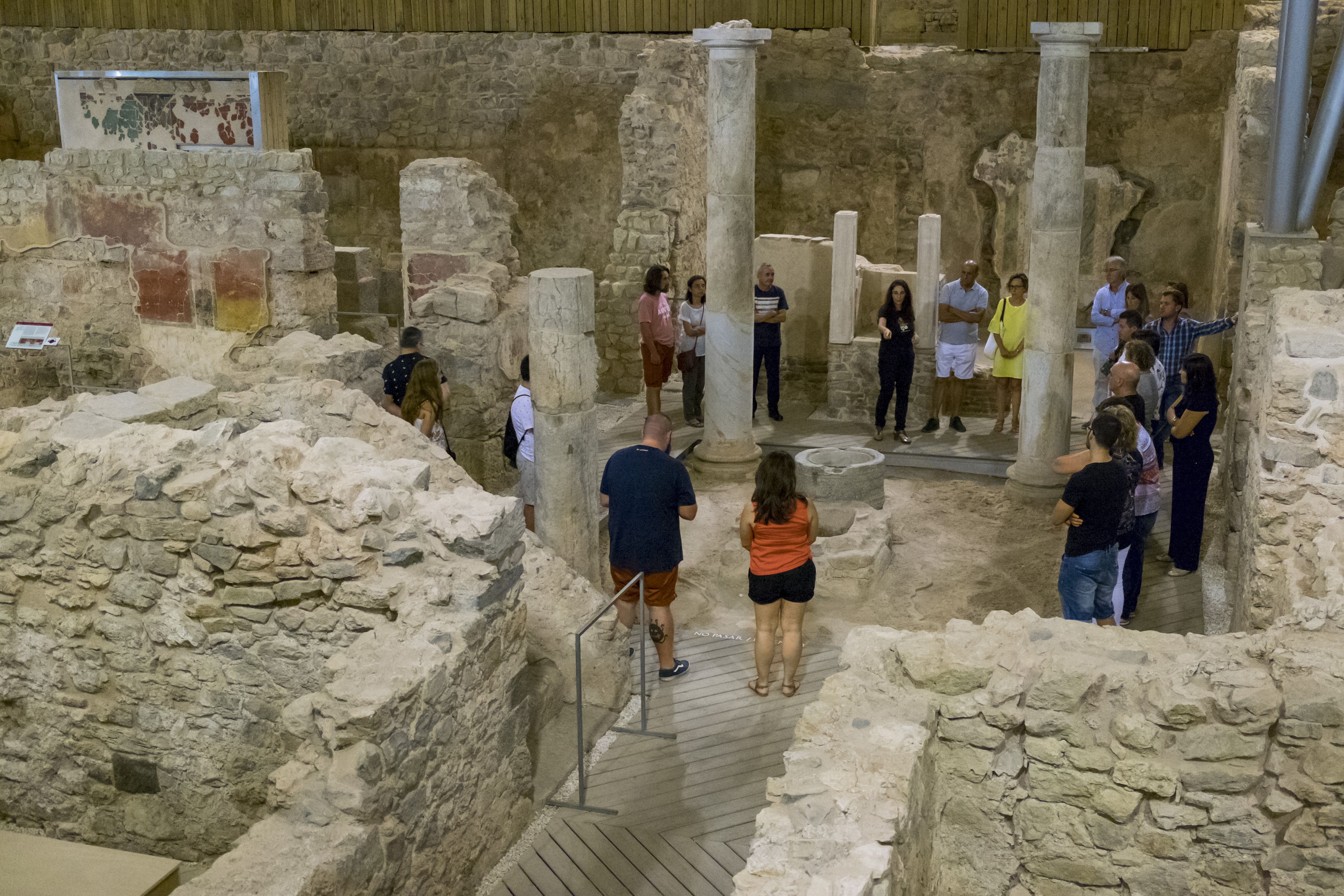 Discovered in 1957, the site is another of the major Roman thoroughfares. You still can see the remains of a road which must have connected with a former entrance to the city through what are nowadays the Puertas de Murcia. The foundations supported a pedestrian arcade. 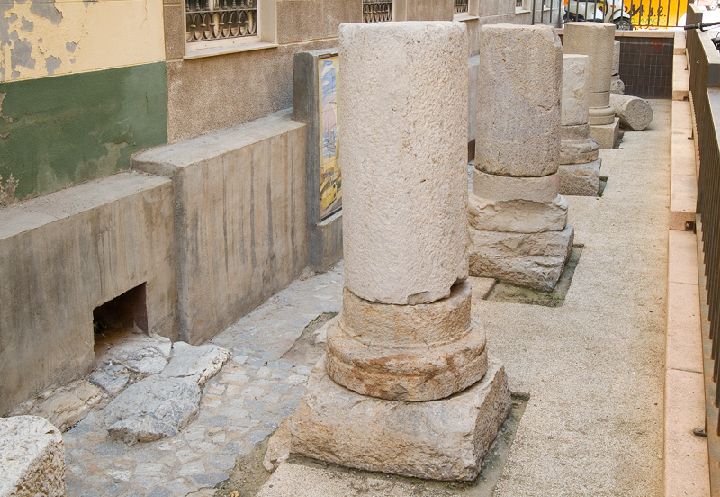 The recent discovery of the Roman theatre a few yards from the rampart is the key to the construction date of these solid walls, which include materials from the Byzantine period. In the mid 6th century A.D., Byzantine rule revitalised the city and brought about urban renewal. Part of the foundations of the arcade built around the access grounds to the theatre were reused for the ramparts of the Byzantine city. This curious superimposed construction with its outstanding Roman mosaics now lies beneath the Municipal Exhibition Hall. 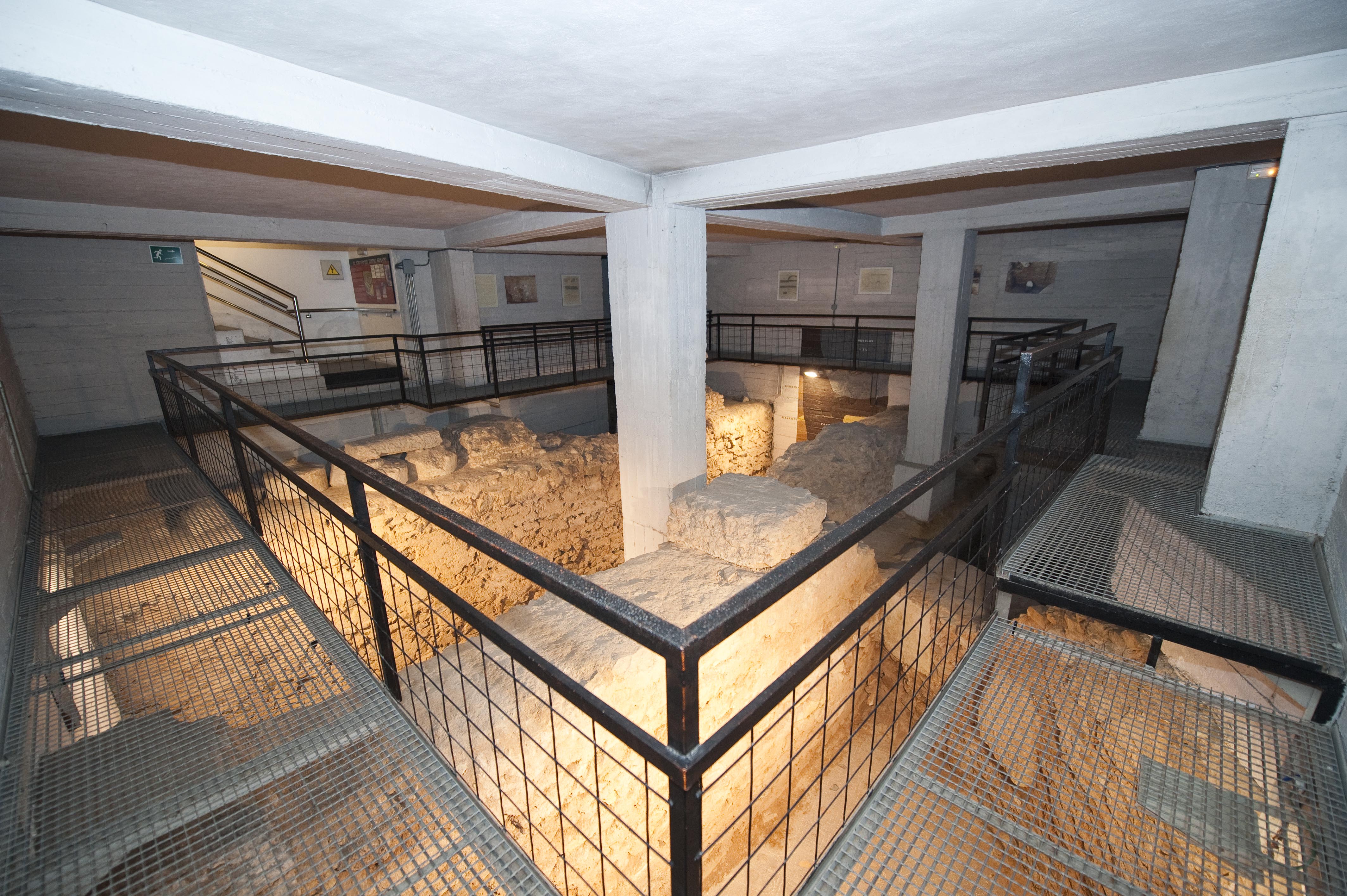 The space of this museum has been built by incorporating the monumental remains into the urban environment. The theatre was discovered by pure chance. The northern side of the hill known as “la Concepción” was the location where stands were erected. The commemorative inscriptions indicate that construction began in the late first century B.C. in the heyday of the Roman Colony’s urban development. Right on the Roman Theatre and making up part of it, lie the ruins of the Ancient Cathedral. 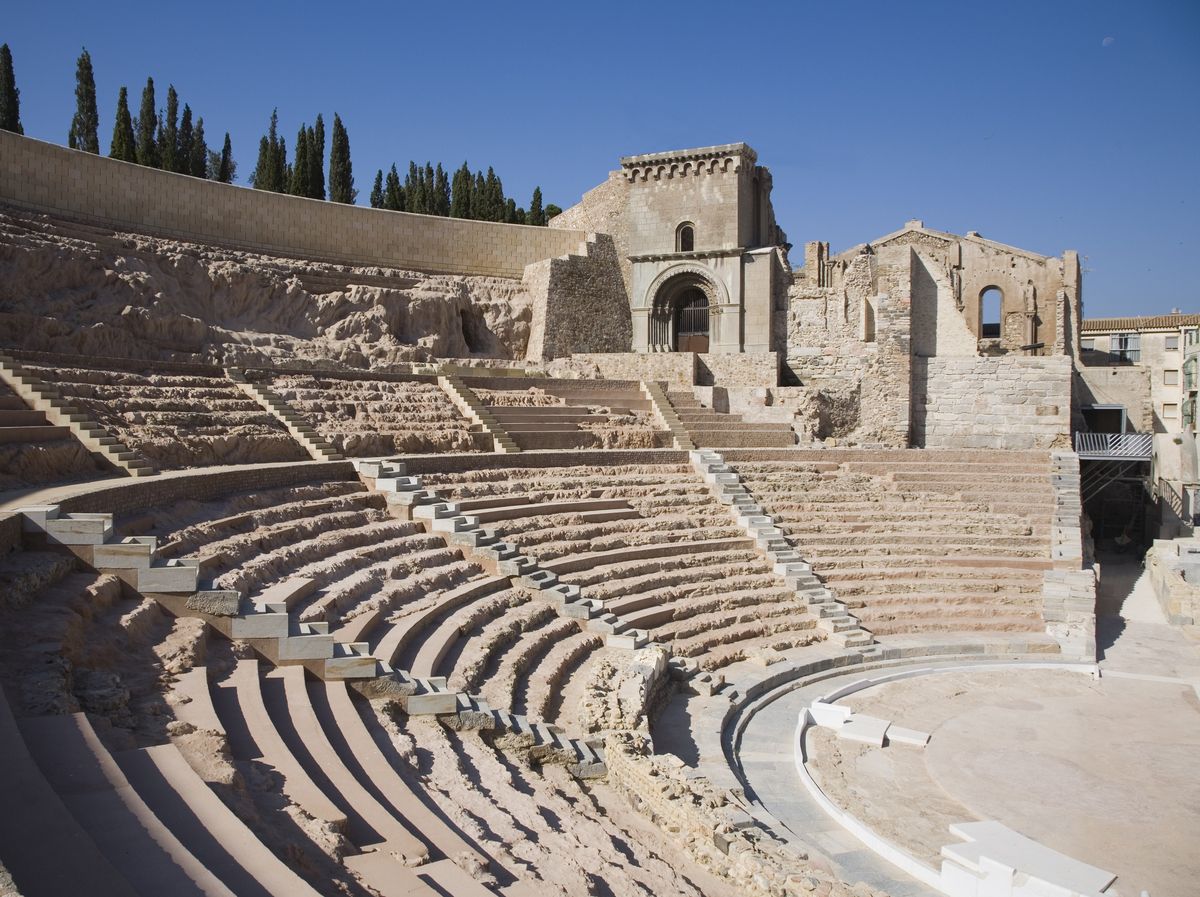 09. Centre of Interpretation of the History of Cartagena

It is situated at the top of the medieval castle (Conception Hill). Most of the materials used to build the castle were taken from structures built when the city was a Roman colony. Further rebuilding was undertakenin the 14th century, during which the large ashlars of the Roman Amphitheatre were reused. The latest renovation works carried out in 1994 permitted the recovery of the historical accesses to the Homage Tower. 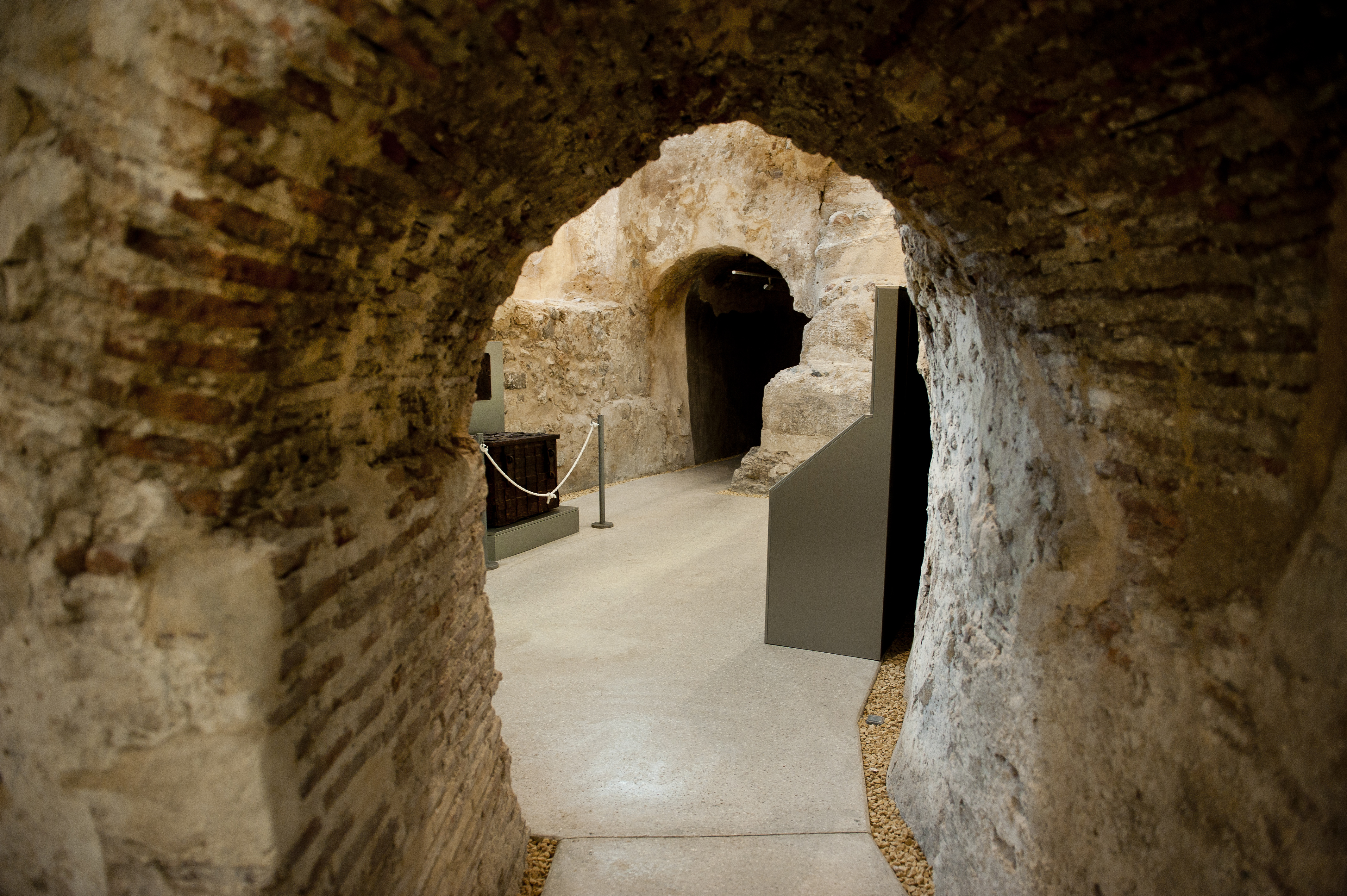 The amphitheatre is situated beneath the present bullring, built in 1854. One of the oldest monuments of its kind in Hispania, it was built in the 1st century B.C., following the model of earlier Italic buildings. Some of its buttresses that extend beyond the bullring have been excavated and can be seen. 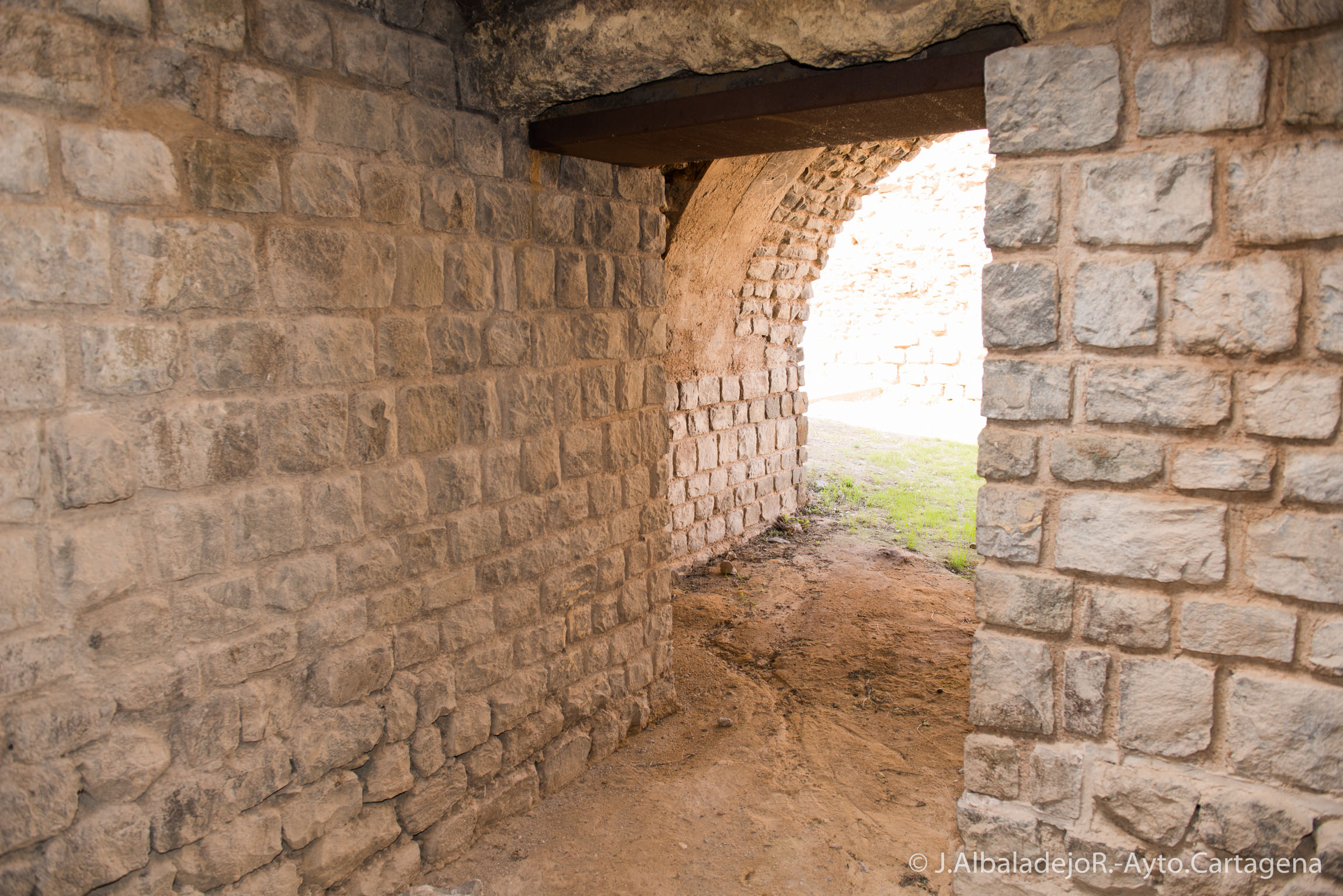 Its collections have been found in the coastal setting of the region of Murcia. Two sets of items from the Phoenician era stand out: the tusks of an elephant and the remains of boats from Mazarrón, as well as the set of items found in the Roman shipwrecks of the Isla de Escombreras. 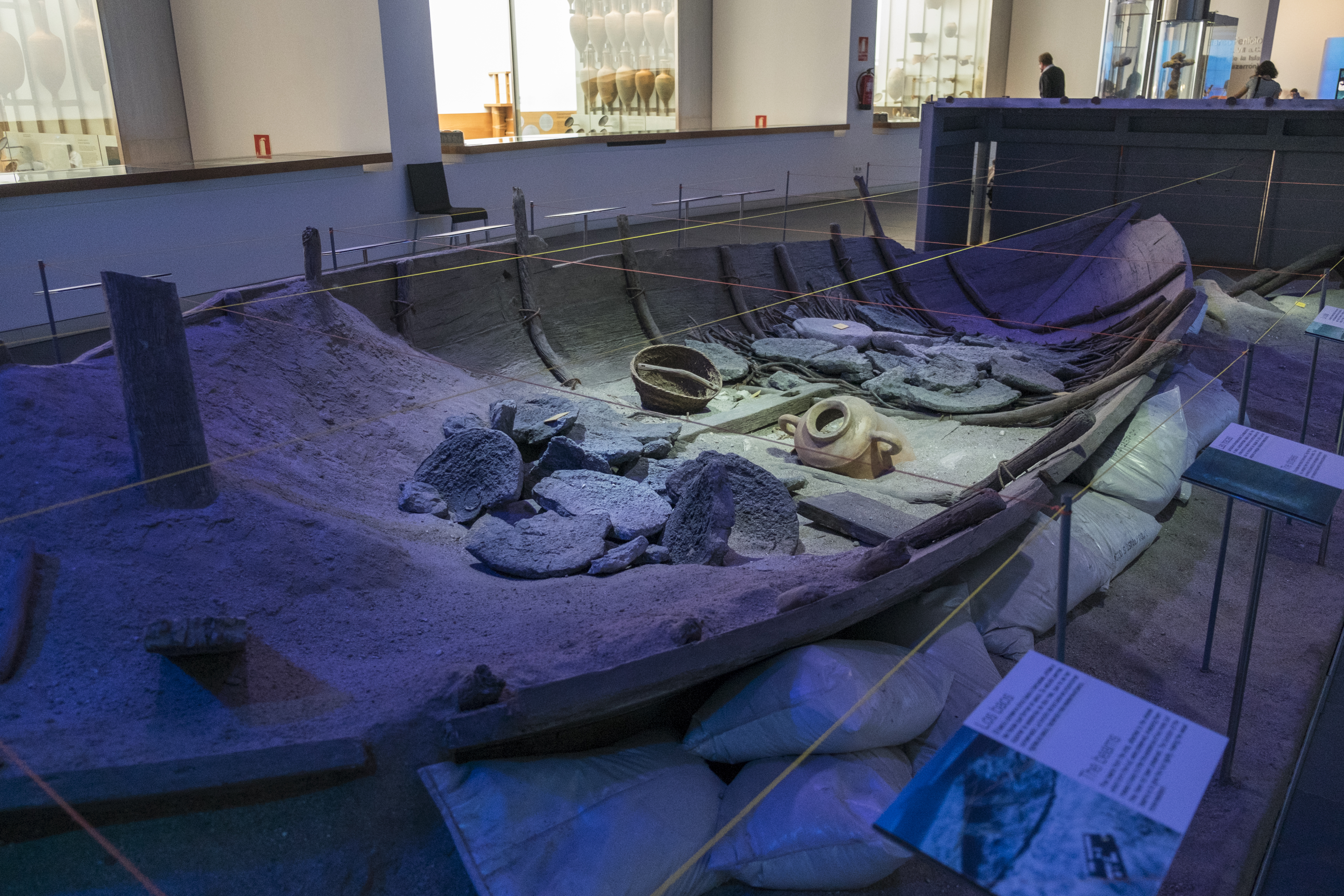 A Roman funeral structure dating from the 1st century A.D., the Torre Ciega – or Blind Tower – is called this because it has no windows. It was once part of a necropolis located next to the entrance to Carthago-Nova. Restored in 1960, it is one of the most representative archaeological sites of the city. 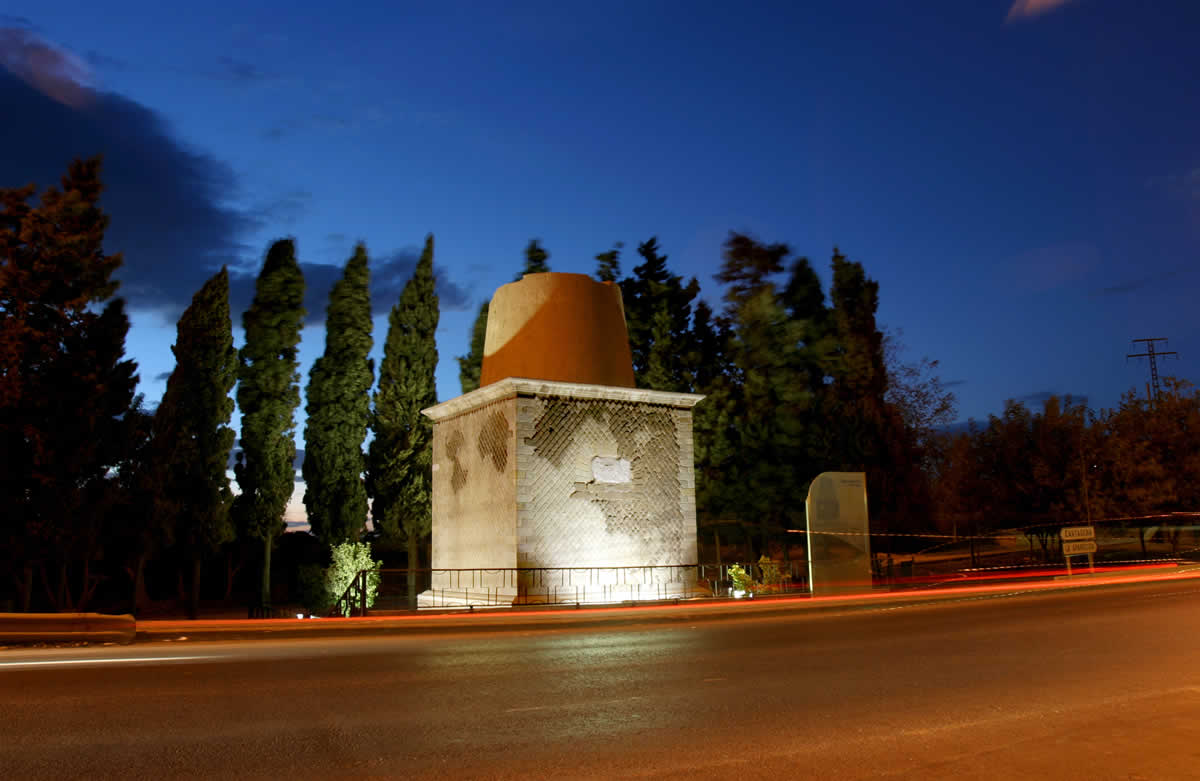