The Municipal Archive of Cartagena, was born with the City Council in 1245, after the conquest of the city by the Castilian troops, commanded by Prince Alfonso X El Sabio. Its first document is one year after 1246, when Cartagena is granted its municipal district.

This and other similar documents were kept in a wooden chest, locked with 3 keys that were kept by the mayor, the clerk, and a councilman, and located in the chapter house or council room.

The increase of documentation causes that at the end of the 16th century. and the beginning of the 17th century, there was an independent space with a large wardrobe to keep it.

From that ark and that closet it goes through different places, increasing the funds over the centuries until it reaches its current location in the Artillery Park, rehabilitating the main part of it that is accessed through the Plaza López Pinto.

Nowadays, its compact shelves, house more than 47,000 boxes of documentation.
Said documentation may, according to the current law of access to documentation and information, be consulted by the general public. 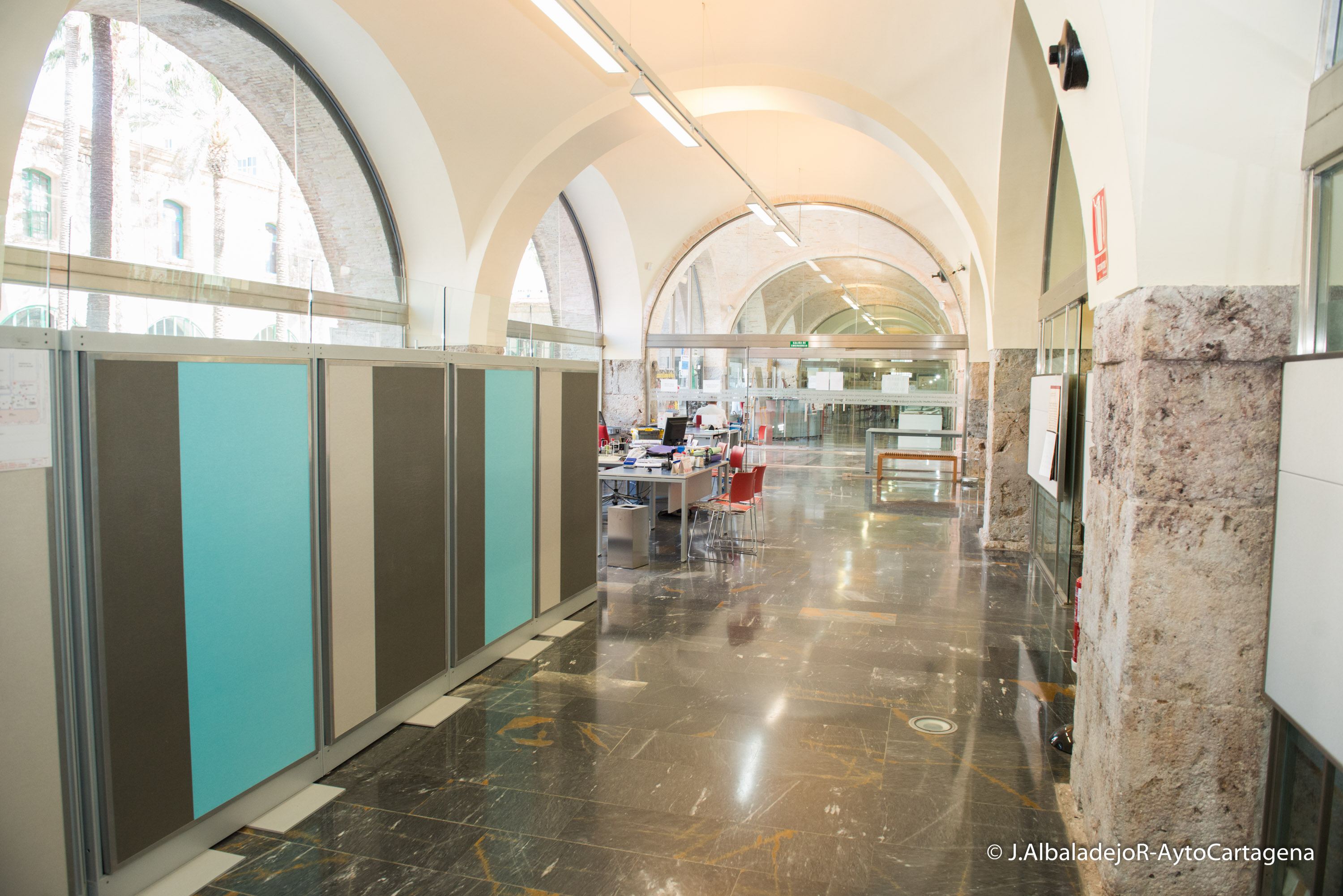 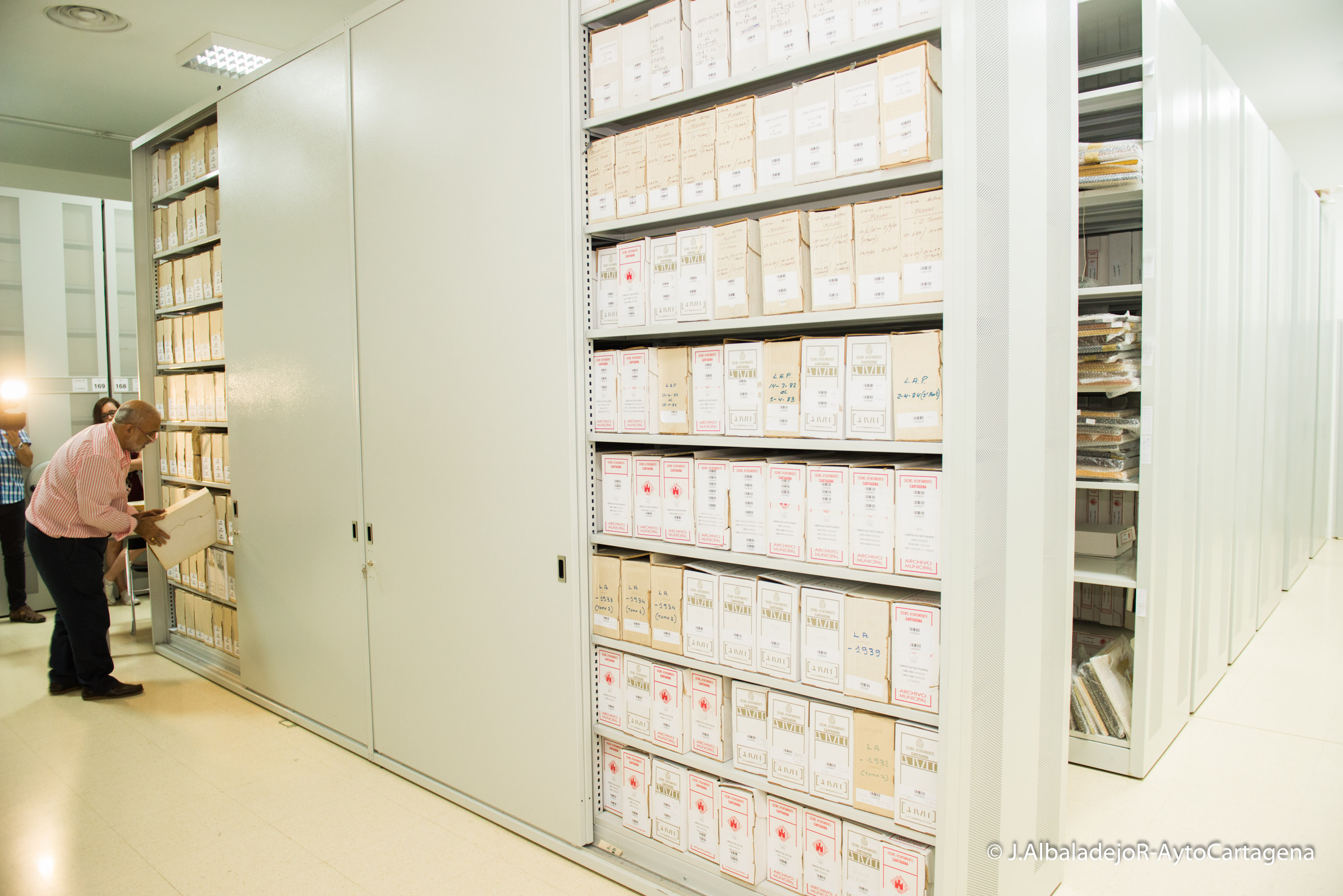 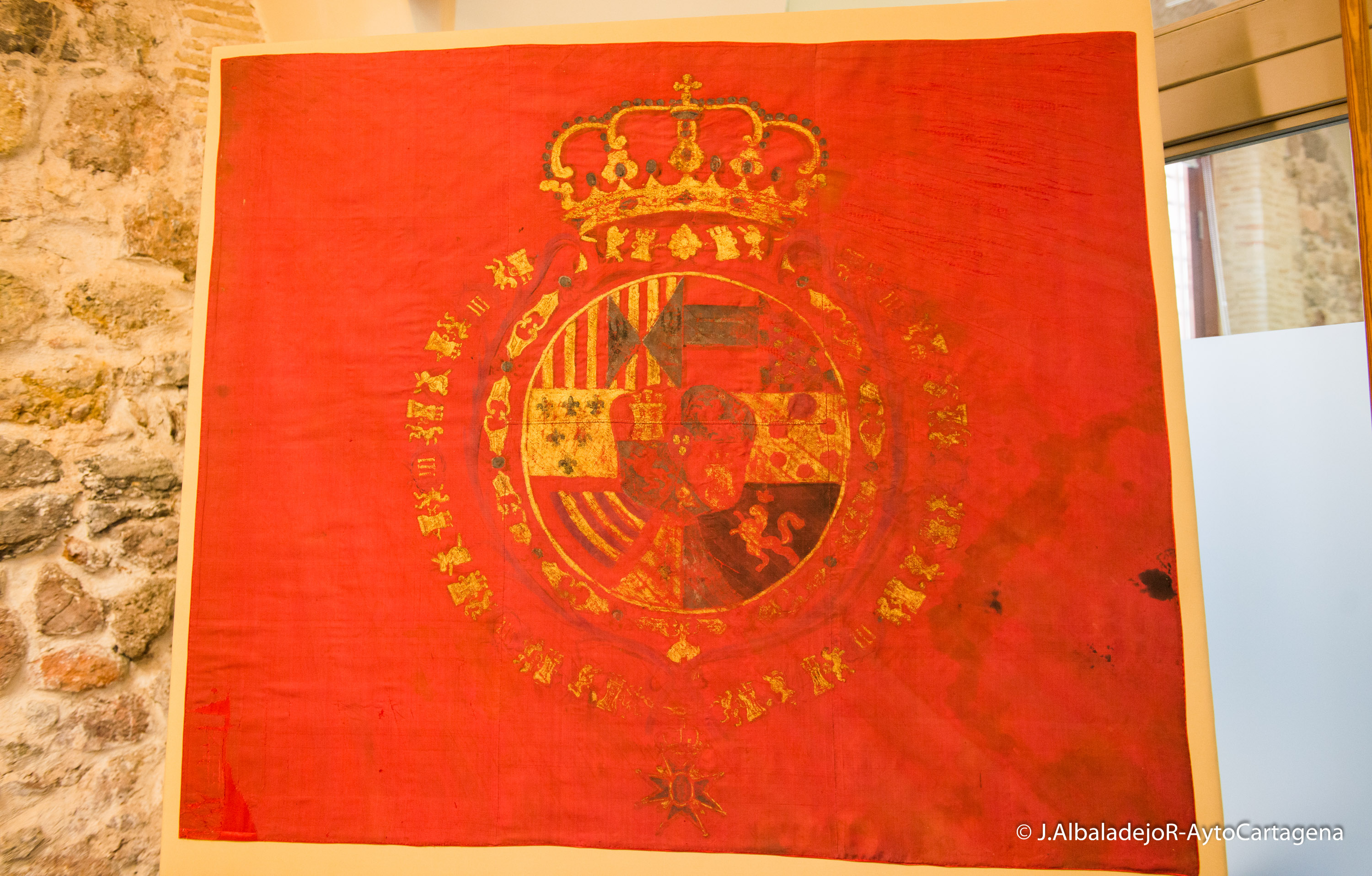 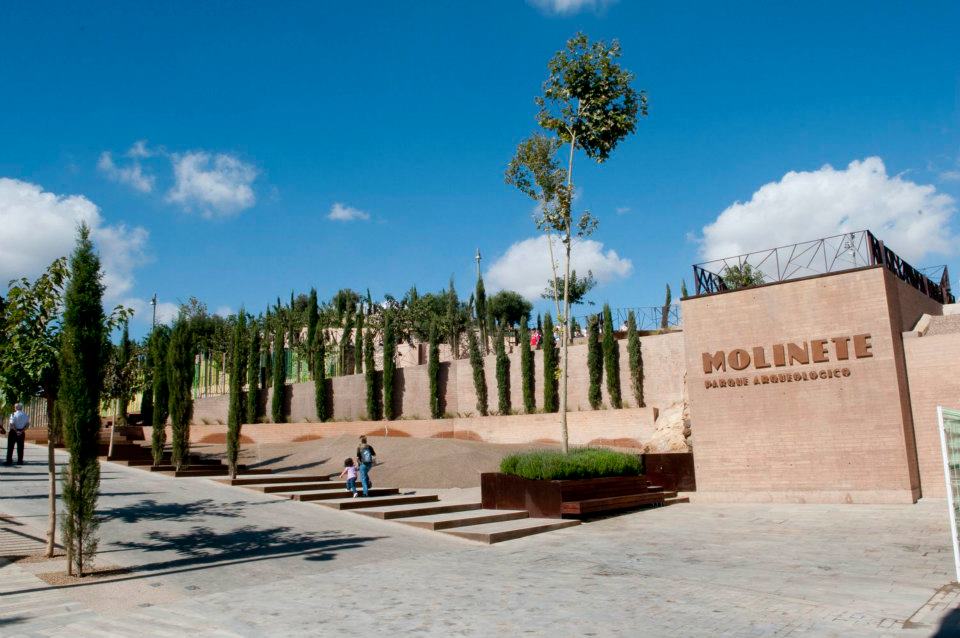 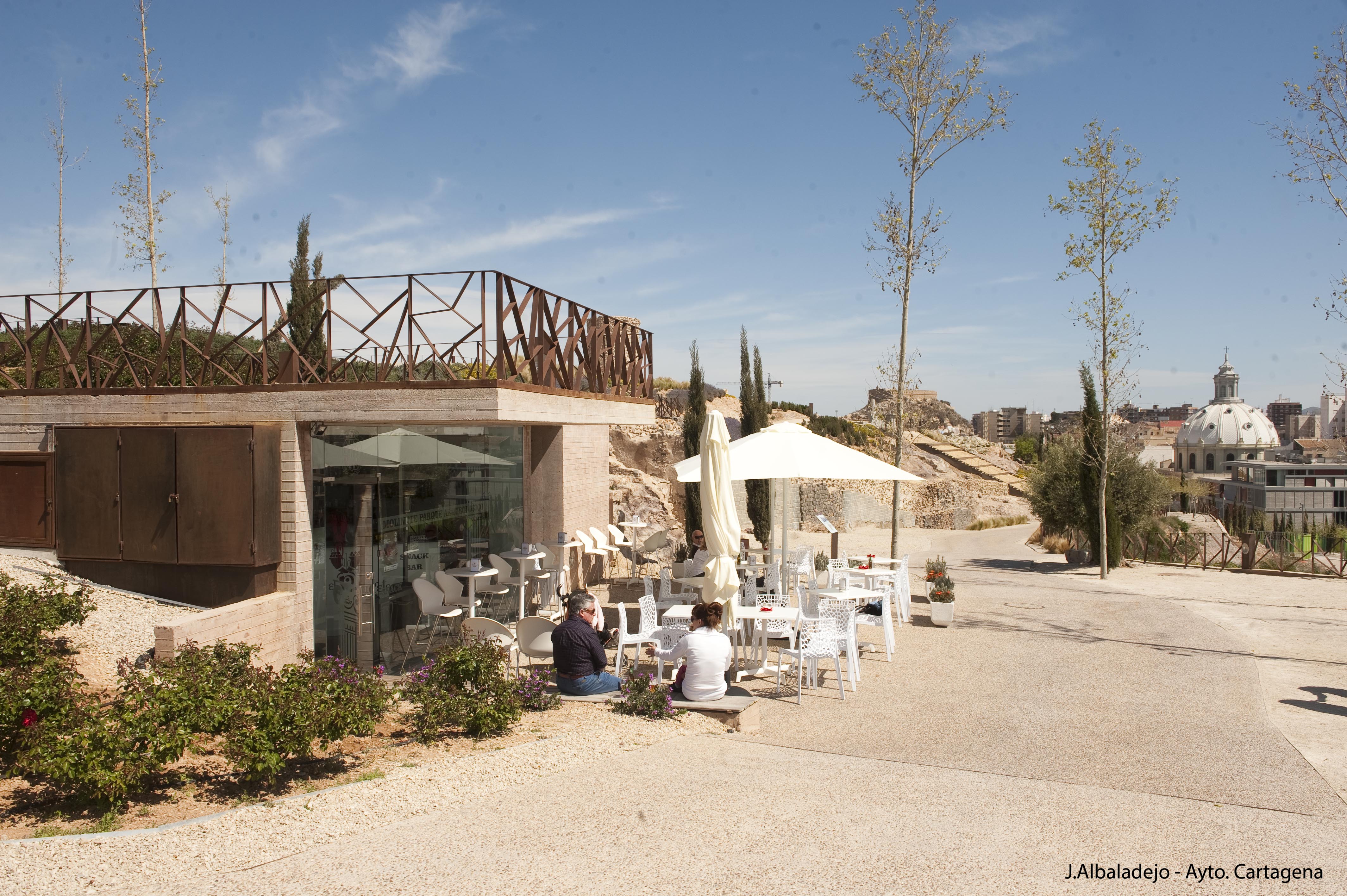 The Molinete Archaeological Park is located at Molinete hill, on its south hillside.

The patrimonial richness of the hill includes: Punic, Roman, Byzantine, Arab remains, part of the wall of the Dean of the 16th century and salt mills of 17th century.

Among the most outstanding remains there are structures from the 2nd century BC associated with a temple located next to a small chapel dedicated to the Syrian goddess Atargatis.

In addition to the archaeological remains, the Molinete Archaeological Park is a leisure area with landscaped spaces, trees, walking areas and several viewpoints, located on the top of the hill.

The main entrance is on Calle Adarve and can also be accessed by the escalator on Calle San Fernando.

After the disentailment of the convent of San Diego in 1835, the Casa de la Misericordia popularly known as La Milagrosa, was installed in the building we know today, in order to house the elderly and children who were helpless.

In 1923 it was decided to build a new building and the work is entrusted to the architect Víctor Beltrí. The construction was carried out in several phases because of its large size.

The architectural ensemble has a U-shaped plan, from which the central body and the left wing were built at the beginning. At the time of its construction the modernist style had already been overcome in Cartagena and throughout Spain, this is why Beltrí designed the building according to a classical composition, with an eclectic façade, serrated cornices and axes with repetitive elements.

The open part of that U, was closed on the front of the street by a fence, with a central door that is currently preserved. The slope of the access contrasts the stiffness of the main building with side fences with wavy shapes in exposed stone.

The Casa de la Misericordia closed its doors at the end of the 20th century. Nowadays the building is restored and it is the seat of the rectory of the Polytechnic University of Cartagena. 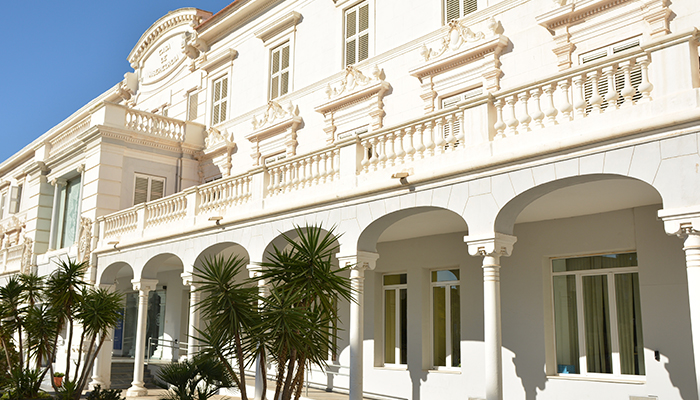 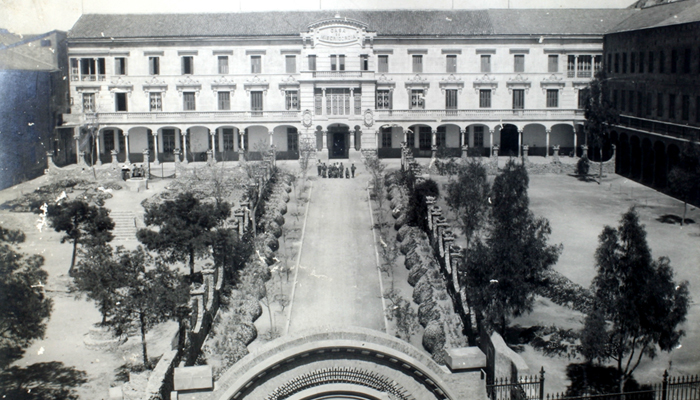 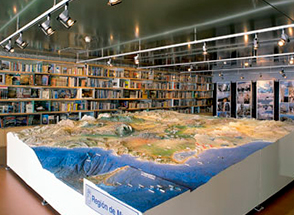 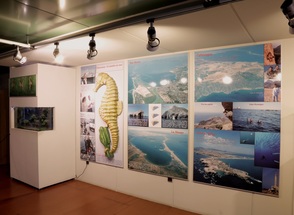 It exhibits the underwater world of the Region of Murcia, the history of the great shipwrecks near Cabo de Palos, the diversity of the richness of its seabed, as well as the formation of the Mar Menor and the reproduction of seahorses in its aquarium.

The Documentation and Exhibition Centre of Cabo de Palos is located next to the port, visitors can enjoy a visual tour of the extraordinary nature of the Region thanks to the five thematic areas and a central miniature that allows to contemplate in detail the whole geography of the region of Murcia. All this is completed with the screening of the video "Cabo de Palos a sea of life". 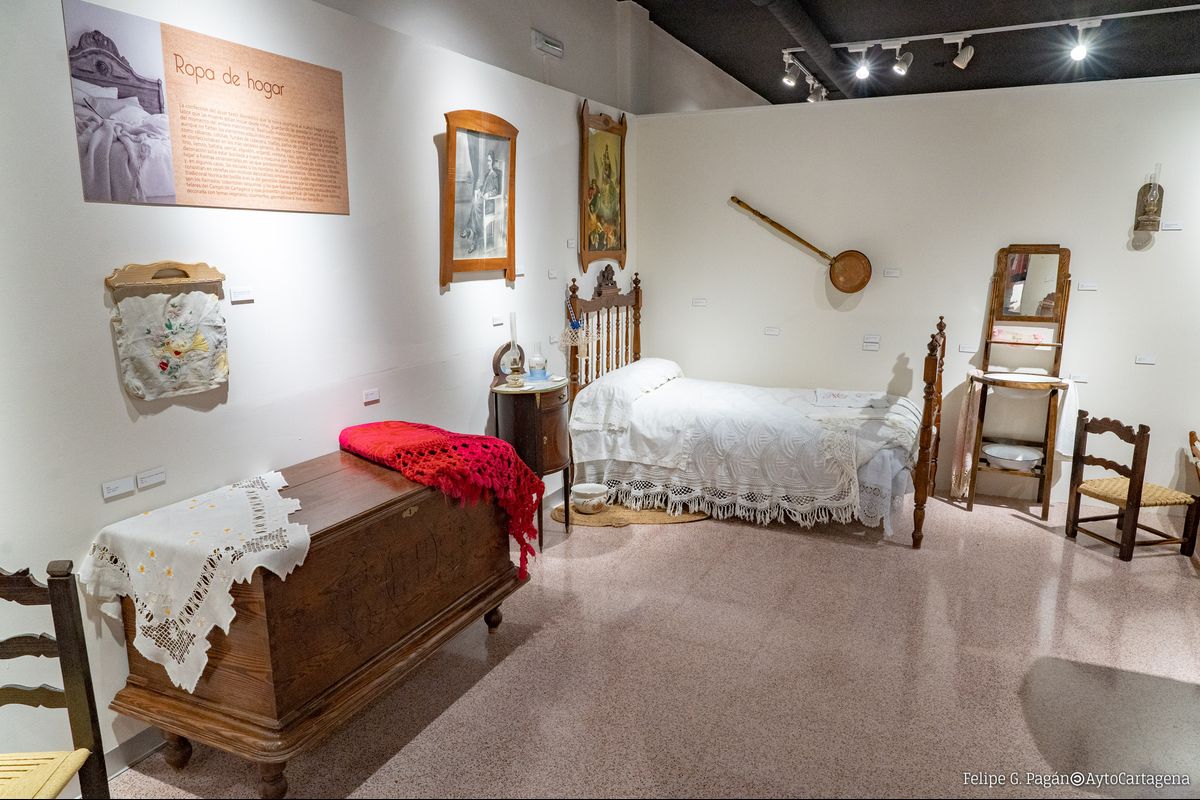 In addition to its main task to ensure the safety of navigation, the lighthouses are a series of unique buildings, whose strategic location next to promontories and cliffs of great beauty, form a heritage of the port very appreciated by the population and by visitors.
When sailing at night, the ships that come from the sea to the port enter through the inlet, following the maritime signalling: the red lights are the ones on the port side (left) and the green ones are on the starboard side (right). These are the signals called lateral marks and they indicate us the entrance-exit of ports and, within these, the directions of circulation in the different navigation channels.

There is a logical explanation for the colour of the chosen lights so that they are green and red, the sensitivity we have for red colour is five times less than that we have for yellow or green. This is why when we are sailing at night we always see the green light at the entrance before the red one. Red and green are complementary colours. This means that our eye recognizes them as physiologically opposed and there is no room for confusion.

Order of a lighthouse: In the 19th century the headlights were classified into 6 orders, following a French practice. This classification was based on the focal length of the optics of the headlamp, being those of 1st order the most powerful headlights with focal lengths of 900 mm and those of 6th, those with shorter range, headlights with much smaller optics of 150 millimetres of focal distance.

There are only two lighthouses of 1st order in the Murcian coast: Cabo de Palos and Cabo Tiñoso. They correspond to the two prominent orographic breakwaters of the municipality of Cartagena.
The entrance to the port of Cartagena is flanked by the Navidad and La Curra lighthouses, but this has been the case since 1893, previously there were two other lighthouses on both sides of the access to the bay: the so-called lighthouses of Podadera and Escombreras Island

This lighthouse is built on the summit of the cape, about 146m above sea level and about 60m below the highest ridge, where the coastal battery was later installed.

The Port Authority has recently restored Hormigas Islands' lighthouse. That lighthouse is listed as fifth order, it is located 2.5 miles from Cabo de Palos...

It takes its name from the wharf called La Curra, where it is placed. Located in the western part of Mount San Julián, in the area known as Lugar de la Curra...

It takes its name of ¿Navidad¿ from the nearby ¿Navidad¿ coastal battery. Leaning on Christmas Point, construction began on a riprap breakwater...

The name Escombreras comes from the fish scombro or mackerel, so abundant in the waters of Cartagena. At first, the need for a lighthouse was not foreseen, ...